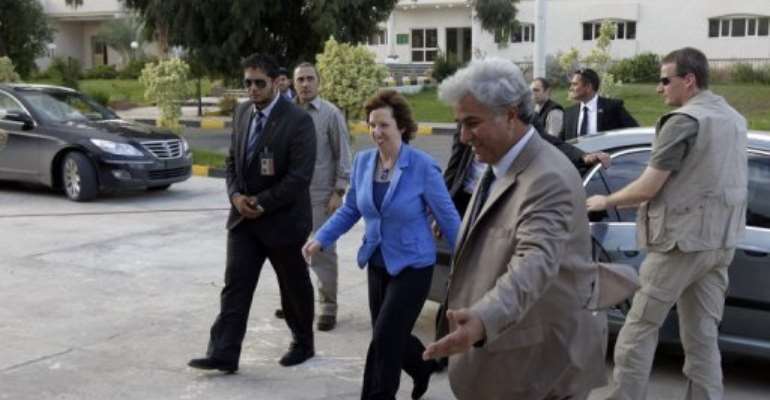 BRUSSELS (AFP) - The European Union on Friday deployed an election assessment team to Libya ahead of constituent assembly polls scheduled to take place this month, a statement said.

The 21-member team "will undertake a comprehensive assessment of the upcoming electoral process, a process full of challenges after so many decades of authoritarian regime," EU foreign policy chief Catherine Ashton's office said in a statement.

The election was set for June 19, but no formal date has yet been announced.

The 200 elected members of the constituent assembly will appoint a committee of 60 experts to draft a new constitution, which will then be put to a referendum.