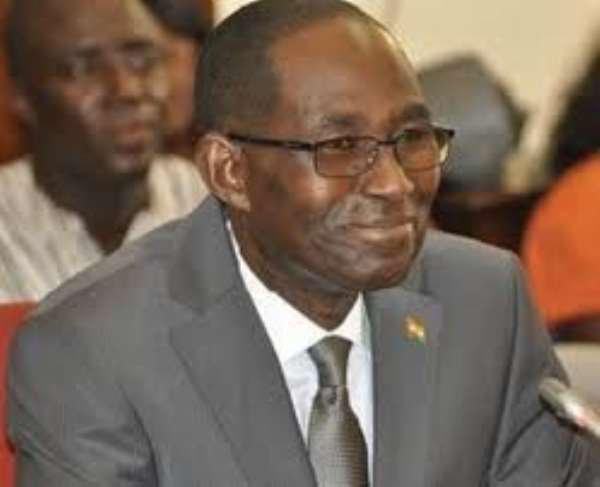 Gomoa Simbrofo (C/R), June 7, GNA – The Minister of Education, Mr Lee Ocran has called for the removal of honey-comb windows on school buildings to be replaced with wooden or glass ones to ensure clear visibility in the classrooms.

Mr Ocran who made the call at Gomoa Simbrofo near Apam during his an official visit to the Gomoa West on Wednesday asked the rural communities not to encourage construction of school buildings with honey-combs.

The Minister inspected on-going projects in the schools and interacted with the staff and students to know their concerns.

Mr Theophilus Aidoo-Mensah, District Chief Executive said 58 projects on education have been allocated in the District out of which 35 have been completed.

Mr Ocran commended the Assembly for doing a good job.

He said government had decided to provide accommodation for teachers alongside construction of school buildings.

At Simbrofo Mr Ocran donated GH¢1,000.00 for the purchase of items for the local Kindergarten school.

At Dawurampong Senior High/Technical School, the Minister hinted that Government is sourcing a loan from China to rehabilitate and equip all vocational and technical schools in the country to make them produce the needed manpower for the informal sector.

He said as part of the Better Ghana Agenda, government is determined to improve the literacy rate to make the people understand government policies and programmes better.

He said 15,000 out of the 60,000 computers acquired by the government had been distributed to the beneficiary school

The Minister announced that plans are on-going for computers to be produced locally to make their prices affordable.