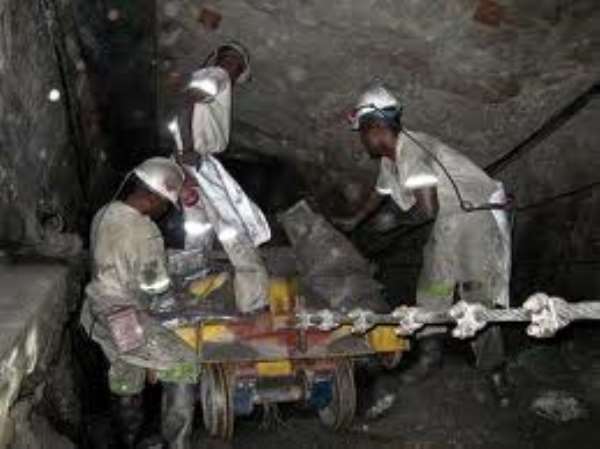 The mining and minerals industry has made major advances towards sustainability but the sector faces new challenges as governments in the global South reassert control over their natural resources yet lack the capacity to ensure mining can contribute to sustainable development.

These are among the findings of a 10-year review — published today by the International Institute for Environment and Development (IIED).

It urges the sector to move from improving its standards in principle to implementing them in practice and highlights new opportunities for governments and the mining industry to work together and engage with communities and other stakeholders to improve the sector's performance.

Researcher Abbi Buxton reviewed progress the mining sector has made over the past ten years, since its leading companies joined NGOs in calling for the Mining, Minerals and Sustainable Development (MMSD) initiative to provide a landmark independent review of the sector's role in sustainability and set standards for it to meet.

She will share its findings at IIED's Fair ideas conference in Rio de Janeiro on 16-17 June.

“The 2002 MMSD report was a game-changer,” says Buxton. “For the first time, mining executives committed to act to maximise their sector's contribution to sustainable development, and they adopted the MMSD agenda as a robust and credible way to do this. Ten years on, however, the results are mixed and new challenges have emerged.”

The report shows how the International Council on Mining and Metals – an umbrella organisation of leading companies such as Rio Tinto and Anglo American -- has succeeded in implementing many of MMSD's recommendations for industry.

But complementary measures proposed for governments, the small scale mining sector and communities have not matched this success.

“Some of the world's biggest mining companies have undergone major shifts in terms of their understanding of and commitment to sustainable development, and what they can do to contribute to it,” says Buxton. “They have made major improvements in their environmental policies at a strategy level and have a gained a better idea of what good practice looks like. The challenge that remains is to implement these policies on the ground.”

The report notes that despite the improvements larger companies have made, the capacity needed to make this happen is still lacking, particularly in mid-tier and smaller companies and in governments and communities. Bad practice persists despite good intentions across the industry.

“The past 10 years have been about setting standards, identifying best practices and demonstrating to stakeholders what sustainable development means,” says Buxton. “The next 10 have to be about implementation. The ambition must also build from reducing environmental and social impacts to also sharing the benefits of mining to promote social and economic development. That means moving from 'do no harm' to a net positive impact.”

The report describes how global rules for best practice in the sector have emerged in the decade since the MMSD report. But it shows that more often than not, there is a lack of implementation, independent verification, public reporting, or consequences for non-compliance.

One area in which there has been minimal progress over the past 10 years, says the new report, is in the capacity of governments in developing nations to ensure that mining contributes to sustainable development.

This poses fresh challenges in light of the new trend for such governments to reassert control over their mineral resources in response to the boom in commodity prices on the global market over the same period. Governments are doing this by, for instance, changing their tax laws and mining policies or acquiring equity stakes in companies that are active in the sector.

The report adds that mining companies need not see this trend a threat. It can be an opportunity for them to rethink. The social contract that has emerged in the past 10 years has seen companies increasing their responsibility while government and community capacity remains weak. There is now a opportunity to redefine roles and responsibilities and the social contract for achieving sustainable development in the sector.

“Mining companies have often played a role that governments should have played,” says Steve Bass, head of IIED's Sustainable Markets Group. “As states move to reclaim their roles in community and economic development, there will be opportunities for improved partnerships between governments, mining companies and local communities. These new partnerships will be critical to ensure that mining contributes to local and national development in an environmentally sustainable way.”

The report notes other big trends that have emerged since the MMSD report was published in 2002 and will affect the mining sector's journey to sustainability. These include:

- The rise in prominence of investors and operators from China, Brazil, India and elsewhere – that did not play a major role in defining the sector's direction 10 years ago.

- The dramatic increase in community expectations, including demands for Free, Prior and Informed Consent (FPIC), which governments and companies must respond to like never before.

- The growing scientific evidence for climate change and its implications for the mining sector, which to-date has adopted a 'wait and see' approach.