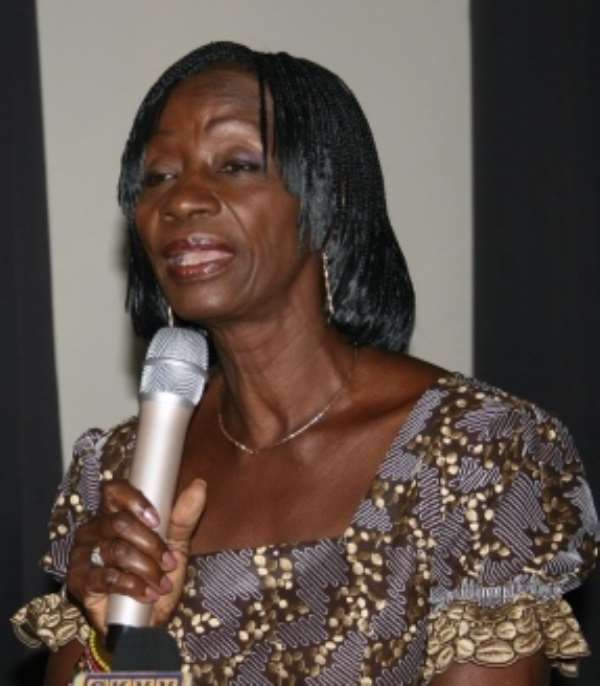 She said few years ago, the idea of a 'Green Economy' with its links to sustainable development and poverty eradication was a novel concept confined to development practitioners and academics, but it was among the top two issues that would be deliberated by policymakers at the United Nations (UN) Conference on Sustainable Development (Rio+20) this year.

Ms Ayittey was speaking at the 46th celebration of the World Environment Day on the theme: Green Economy: Does it include you?, in Sunyani in the Brong Ahafo Region, which was Ghana's first celebration since its declaration by the UN General Assembly in 1972.

She said since the 1992 Rio Earth Summit, which was a landmark event, of forward looking and effective international cooperation – we have seen significant progress without sacrificing social and economic growth.

Ms Ayittey said that the environment was no longer a fringe issue on the margins of international debate and would be demonstrated at the Rio+20.

She said: “Environment play a more central role than ever before in debates on economic development and human well-being.”

Ms Ayittey said Green Economy was define by the UN Environment Program (UNEP) as one that results in improved human well being and social equity, and significantly reducing environmental risks and ecological scarcities, which was possible to achieved rapid economic growth without destroying the environment.

She said the Green Economy initiative was launched in 2008, and has been led by the UNEP to provide comprehensive and practical working mechanism through analysis and policy support for investing in green sectors, and in greening environmental unfriendly sectors.

Ms Ayittey said “the concept of a Green Economy is to present us an alternative vision for achieving our desire to simultaneously promote sustainability and economic growth, which some of the economic models and development processes was adopted during the industrial revolution, and even now, are at the expense of environmental sustainability and quality.

“For us to be part of a green economy, it is an obligation to ensure that national development is not achieved in isolation with ecological improvement, thus, the growth in our income and employment will be driven by public and private investments that reduces carbon emissions and pollution, enhance energy and resource efficiency, and prevent the loss of biodiversity and ecosystem services.

Ms Ayittey said Ghana had established the then Environmental Protection Council in 1974 as an advisory body to advice government on sustainable development, and has adopted the Strategic Environmental Assessment as a tool for mainstreaming environmental issues in all develoment programmes.

She said: “Our quality of life depends on natural resources and the environment:, they are the foundation of life. If we use and manage them in a sustainable way, they will continue to meet our needs for energy, food, minerals, fresh water, clean air and fertile soils, all of which are essential to enabling us to continue to grow and prosper.”