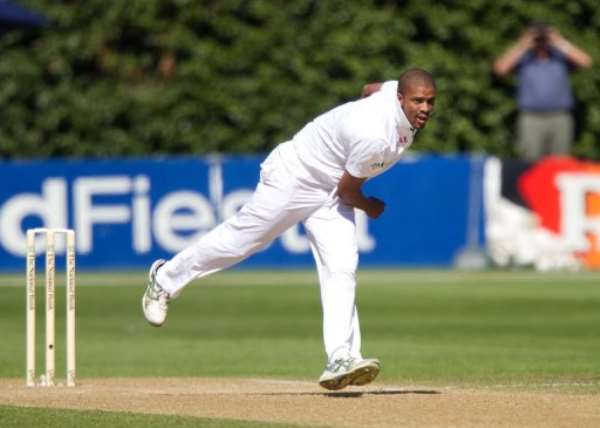 Philander, 26, took 51 wickets in seven Tests at an average of 14.15. He took five or more wickets in an innings on six occasions and twice claimed 10 wickets in a match.

The Cape Cobras bowler was mainly responsible for bowling out Australia for 47 in his debut Test in Cape Town last November, taking five for 15.

He also topped South Africa's bowling averages in all three Test series in which he played -- against Australia, Sri Lanka and New Zealand.

Philander, who also won the Test cricketer of the year award, proved the ideal foil to Dale Steyn, the world's number one ranked fast bowler, bowling a tight line at a lively pace and making the ball move in both directions through the air and off the seam.

AB de Villiers was named one-day international cricketer of the year after scoring 475 runs at an average of 158.33 with a strike rate of 116.13 in his first season as South Africa's limited-overs captain.

Hard-hitting opening batsman Richard Levi collected the Twenty20 player of the year award for his innings of 117 not out off 51 balls against New Zealand in Hamilton.

He set world records by scoring his century off 45 balls and hitting 13 sixes.

Cricketer of the year: Vernon Philander

Test cricketer of the year: Philander