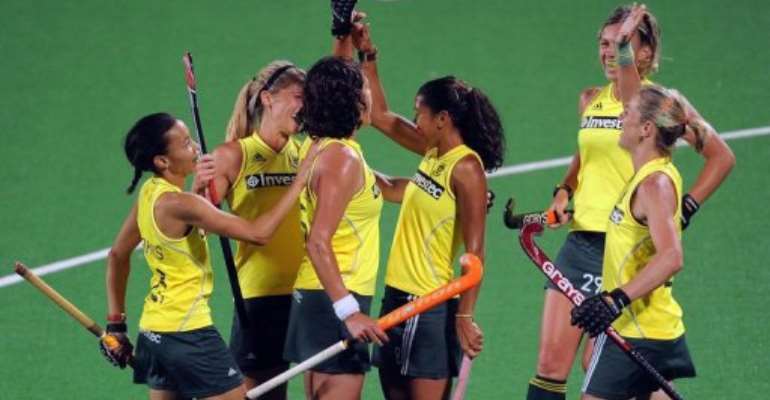 LONDON (AFP) - South Africa have received an official apology from British hockey bosses Wednesday after the apartheid-era anthem 'Die Stem' was mistakenly played before their match in the pre-Olympic London Cup on Tuesday.

Marissa Langeni, chief executive of the South African Hockey Association, in a letter to tournament organisers, said the country "watched with disbelief as our team stood through what clearly was a most embarrassing and uncomfortable experience".

South Africa's women went on to beat their British counterparts 3-1 in their opening game and GB Hockey apologised Wednesday for their embarrassing error.

"The error was made by a contractor responsible for sports presentation at the event.

"Standard procedure would be to check anthems to be played with visiting teams in advance, however, on this occasion that did not happen and Great Britain Hockey accepts full responsibility.

"Great Britain Hockey and its contractor appreciate the sensitive nature of this unfortunate mistake and we apologise unreservedly for the offence caused.

"The correct anthem will be played before all of South Africa's remaining matches, beginning with the team's second fixture against Germany on Wednesday evening."

Langeni added the incident had overshadowed what had otherwise been a great day for the team.

"We are extremely disappointed that an administrative blunder has been the source of much embarrassment for our team and all South Africans," she said in a statement prior to the apology.

"The anthem played caused our team much discomfort as they stood not knowing what to do with themselves. This incident has robbed our team of what should have been a moment of pride."

Since 1997, the South African national anthem has been a hybrid song combining new English lyrics with extracts of the anti-apartheid hymn 'Nkosi Sikelel' iAfrika' (God Bless Africa) as well as a verse of 'Die Stem'.