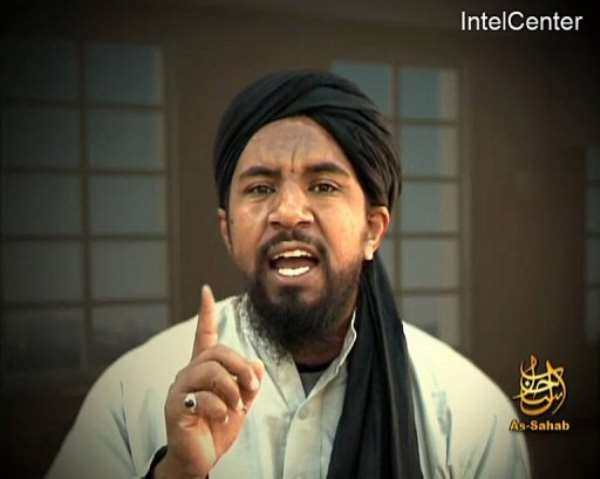 WASHINGTON (AFP) - The United States said Al-Qaeda number two Abu Yahya al-Libi was dead, after a drone strike dealt the most weighty blow to the terror group since the killing of Osama bin Laden.

The demise of Libi, a charismatic figure beloved by rank-and-file radicals with a flair for media and managerial authority over terror affiliates, meant another victory in President Barack Obama's ruthless bid to crush Al-Qaeda.

"Our government has been able to confirm Al-Libi's death," said White House spokesman Jay Carney, ending a prolonged US tussle with a man who once escaped from a US jail in Afghanistan, and had defied previous attempts to kill him.

Officials refused to confirm the circumstances of Libi's death, but Pakistani authorities previously spoke of a pre-dawn CIA drone strike on Monday on a compound in North Waziristan, near the Afghan border.

"It is significant," another US official said, saying Libi headed Al-Qaeda operations in Pakistan and outreach to affiliates such as Yemen-based Al-Qaeda in the Arabian Peninsula (AQAP), which has attacked US targets.

Officials were unable to say whether there were any other casualties in the attack on Libi, after earlier reports that 15 people had died in the drone strike.

News of the killing of Libi followed reports detailing the scope of the US campaign against global terrorism, including revelations that President Barack Obama personally presides over a "kill list" of top suspects.

Republicans have complained that the White House is selectively leaking intelligence data to bolster Obama's reputation as a steely commander in chief.

A trusted lieutenant of bin Laden, Libi appeared in countless Al-Qaeda videos and was considered the chief architect of its global propaganda machine.

The US official, speaking on condition of anonymity, said Monday that Libi had served as the group's "general manager" and had overseen day-to-day operations in Pakistani tribal areas.

The official described the killing of Libi as a "major blow" to Al-Qaeda's core that would put further pressure on the group's leader Ayman al-Zawahiri.

Analysts said that Libi had played a talismanic role in Al-Qaeda, and his loss could be a blow from which the movement may not recover.

"If Zawahiri is put down soon, Al-Qaeda's senior leadership will be broken and the torch will have to pass to AQAP," said terrorism expert Jarret Brachman, of North Dakota State University.

Libi's death followed the US claim that Atiyah abd al-Rahman, then described in Washington as Al-Qaeda's number two, was killed in a US missile strike in North Waziristan on August 22 last year.

"It is a job that is hard to fill and there may not be, given the duration of late that people have held that job ... a lot of candidates hoping to fill it," Carney said.

Pakistani officials had originally said it was unclear whether Libi had been present at a compound in the village of Hesokhel, east of Miranshah, the capital of North Waziristan, that was targeted in the drone strike.

Libi had evaded US clutches before: he escaped from a high security US prison at Bagram Air Base in Afghanistan in 2005.

There had been unconfirmed reports that Libi was wounded in a US drone strike that killed nine militants on May 28. A report that he was killed in a December 2009 drone strike in South Waziristan also proved false.

Obama has presided over a relentless attempt to crush Al-Qaeda, including in Pakistan and Yemen, since taking office in 2009.

Last month, during a visit to Afghanistan, he said his goal of defeating the group behind the September 11 attacks in 2001 was "now within our reach."