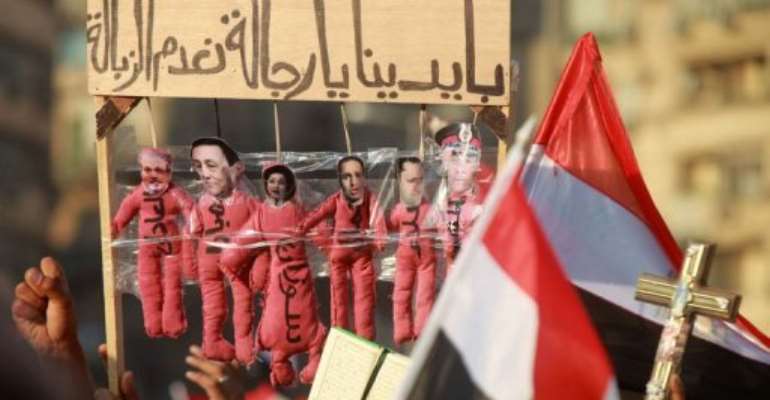 CAIRO (AFP) - Ex-Egyptian president Hosni Mubarak suffered an "emotional breakdown" in prison on Tuesday, days after he was sentenced to life over the death of protesters last year, a senior interior ministry official said.

The ailing 84-year-old's "health deteriorated while in prison," the official told AFP without describing the nature of the breakdown.

"Doctors from the police hospital have been called to treat him, along with the prison doctors after he suffered an emotional breakdown" a security official said.

The former leader's lawyer, Yasser Bahr, confirmed to AFP that Mubarak "had an emotional crisis that affected his general health."

Mubarak's son, Gamal, who is in the same prison compound, has been moved to be closer to his father, the security official added.

On Saturday, Mubarak and his interior minister Habib al-Adly were sentenced to life in prison over the killing of protesters during last year's uprising that ousted him and that left some 850 people dead.

Until the ruling, Mubarak had been held at a military hospital on the outskirts of Cairo, and according to media reports was enjoying comfortable surroundings.

Once flown to Tora prison on Cairo's outskirts on Saturday, a tearful Mubarak refused to leave the helicopter and security officials said he "suffered from a surprise health crisis" before they finally convinced him to go in.

He reportedly has a heart condition, but the health ministry has denied his lawyer's assertion that he has cancer.