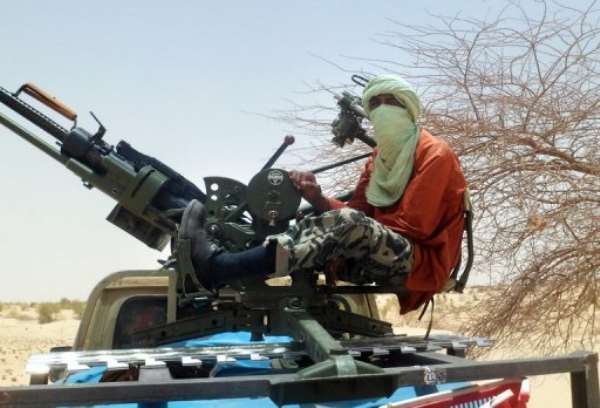 NOUAKCHOTT (AFP) - A north Malian Arab militia broke away from a meeting of fellow Arabs from their country in Mauritania, declaring they would fight for independence of Mali's troubled north, a spokesman said Tuesday.

The statement came as a shock to Arabs meeting in Nouakchott to discuss ways to solve a crisis in Mali's north which is occupied by separatist Tuareg rebels, and Islamists wanting to create a hardline Islamic state.

Ahmed Elkori, spokesman for the three-day meeting in south-eastern Mauritania, said 95 percent of those attending were in favour of a "secular and unified Mali."

But on Monday, a small group of participants "surprised everybody by announcing their withdrawal from the conference," Elkori said.

The group is the National Front for the Liberation of Azawad (FNLA) which formed in April, then describing themselves as neither secular, nor Islamic, nor secessionist.

But their leader Mohamed Lamine Ould Sidatt declared in Mauritania that "we are going to war to free Timbuktu (and for) the independence of our territory. Those who want to follow us are welcome," Elkori recounted.

In April heavily armed fighters of the FNLA entered Timbuktu but were asked to leave to avoid a "bloodbath".

The north of Mali is a hodge-podge of ethnic groups. Tuareg desert nomads, as well as Arabs and the black African Fulani and Songhai have lived together for centuries in a region made famous by the ancient city of Timbuktu.

The Tuareg who have long felt marginalised by the southern government, in January re-launched a decades-old rebellion for autonomy under the National Movement for the Liberation of Azawad (MNLA).

Azawad is the name given to the vast northern triangle in Mali which is larger than France.

Overwhelmed by the Tuareg rebels, Malian soldiers in March ousted government over their incompetence in dealing with the uprising. However the power vacuum only opened the way for the Tuareg and Islamists to capture the main northern cities.

The Islamist Ansar Dine (Defenders of Faith) have however taken the upper hand and are implementing strict sharia law.

Despite the upset, the Arab meeting in Nouakchott will continue until Tuesday evening, said Elkori.