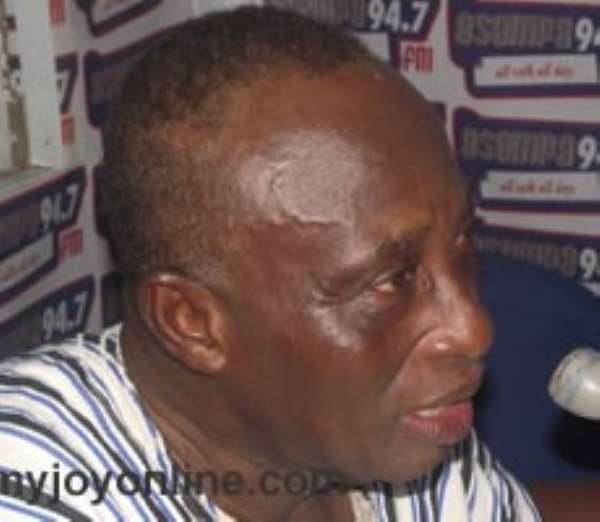 The former Spokesperson of the defunct Armed Forces Revolutionary Council (AFRC), Major (Rtd) Osahene Boakye Gyan has stated that he is the originator of the Probity and Accountability slogan, the principles on which the National Democratic Party (NDC) was formed.

According to him, he laughs anytime he hears people laying claim to logos and symbols of the NDC because he can also claim the probity and accountability slogan, which former President, Jerry John Rawlings has been “bragging” with.

Addressing a gathering at Atebubu in the Brong Ahafo Region Monday to mark his own version of the June 4 uprising celebrations, Major Boakye Gyan stated that if things are not done right and credit is not given to those who deserve it, he will rise up one day and claim the probity and accountability ideals as his perpetual property.

He also reiterated his claim that he was the architect and brain behind the June 4th uprising that saw the execution of three former military leaders; Lt. Gen. Afrifa, Gen. Acheampong and Lt. Gen. Akuffo.

According to him, he was the head of government and official spokesperson while former President Rawlings was only a ceremonial head of state, adding that there would have been no June 4th without him.

“It is interesting to hear people say I fought no battle; they didn't know what the battle was about in the first place.

“I was the one in charge, it was what I said that was law…If we wanted to take a decision, it was I who made them for Commissioners of State to endorse at the Castle where I had my office,” he stated.