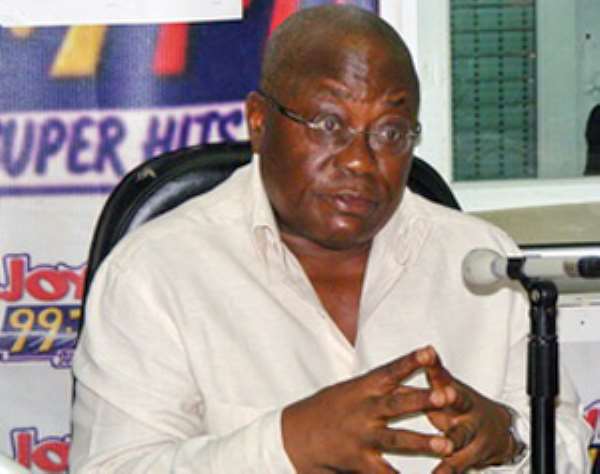 Mr Rawlings said even though he had wished his party would win the election, development in the country with respect to President Mills' leadership pointed clearly to the fact that the NDC was already “in the ditch” even before the December polls.

The NDC founder minced no word when he indicated that President Mills would not be successful in his second term bid against Presidential Candidate of the New Patriotic Party, insisting it would not be possible for President Mills to win the election against Nana Akufo-Addo when he and his functionaries were running away from the values of June 4.

“I will very much wish that my party will win, but how can you win; how can you beat Nana Akufo-Addo of the NPP when you are rejecting the values of June 4?” he stressed.

He described President Mills as the pilot of the plane that crashed at the weekend, stressing: “The weather was bad; the pilot ought to have known his limits and not land without the needed experience.”

Addressing a hugely attended rally to mark the 33rd Anniversary of the June 4 uprising at the Aflao Jubilee Park in the Volta Region, Mr Rawlings said President Mills and his functionaries were running away from the event because they had deviated from the values of probity, accountability and social justice.

“Why is our party afraid of June 4?” the NDC founder asked, explaining that Mills and his functionaries were afraid of June 4 because they are now pursuing their own selfish and parochial interest at the expense of the people who gave them the mandate to rule.

According Mr Rawlings, the ruling NDC is now wallowing in a ditch, adding that he saw the party falling into the ditch a long time ago, damning President Mills over his failure to rescue the party from the current mess it had been plunged into.

He reiterated his usual damning verdict on the Mills-Mahama led government over its failure to take bold measures to tackle the massive reported corruption taking place in the country at the moment, citing the GHC51m dole-out to NDC financier, Alfred Woyome.

Nana Konadu Agyeman Rawlings, wife of the NDC founder, and President of the 31st December Movement, accused President Mills and his appointees of “throwing integrity to the wind”, explaining that was the reason why they decided to sabotage the 33rd anniversary celebration of the uprising.

She denied the widely reported claims by members of the NDC communications team that the Mills-Mahana government had paid $5m to the Nsawam Cannery Company, adding that the falsehood was all part of the grand scheme to undermine her integrity.

“For me, integrity is the dress I wear,” she maintained, adding that she would not do anything reprehensible to undermine her integrity.

Kofi Adams, Spokesperson for Mr Rawlings, while introducing his boss to the gathering, said the massive attendance at yesterday's June 4 anniversary rally should send “signal and warming to them, apparently President Mills and his government, that “JJ and Konadu will forever remain relevant in the nation's politics.”