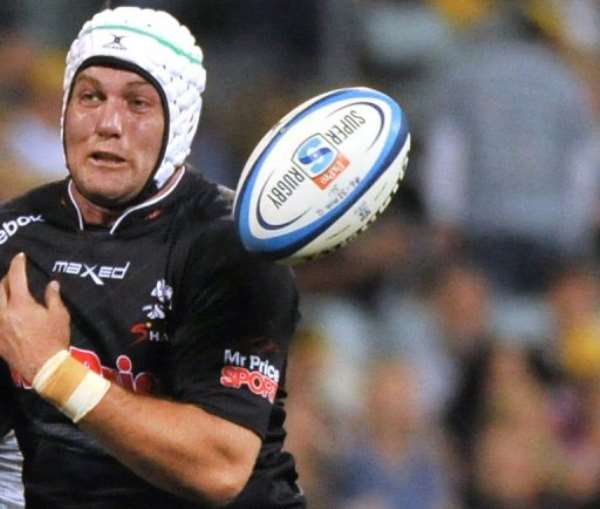 An assistant told referee Gareth Williamson he was satisfied that replacement back Louis Ludik had grounded the ball over the try-line four minutes from time at a chilly Ellis Park.

Had former Golden Lion Ludik scored, Sharks would have received a bonus point for scoring four tries and another for losing by less than seven points in the southern hemisphere provincial championship.

The teams are level on 45 points and have won eight matches each, but the Wellington franchise boast a superior points difference and each team has two matches to play.

Lions were a revelation in the first half, playing with determination and skill that belied the fact that they had lost 11 consecutive matches since beating fellow South Africans Central Cheetahs on matchday one last February.

After averaging just 1.5 tries in 12 matches, the Johannesburg franchise scored four before the break against the rattled Sharks and turned with a 32-11 advantage over a team they had never beaten in seven previous Super clashes.

A Sharks side packed with Springboks were a transformed outfit early in the second half, scoring two converted tries in quick succession to leave only seven points between the contestants with 35 minutes to go.

But the black-clad visitors could not maintain the momentum and the rest of the scoring came from penalties, with Elton Jantjies kicking two for the Lions and full-back Patrick Lambie one for the Sharks.

Sharks lock Steven Sykes was sin-binned on 29 minutes for grabbing Lions eighthman and skipper Joshua Strass around the neck and home outside centre Lionel Mapoe was punished soon after for not rolling away after a tackle.