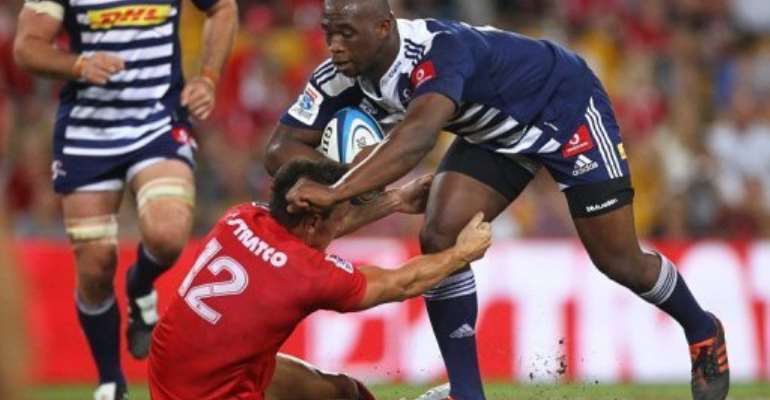 The Stormers narrowly lead the Bulls in the South African section of the tournament but both teams lost last weekend to tighten the race for the top-six playoffs in late July.

The Stormers lost only their second game of the southern hemisphere provincial season when they went down to the Coastal Sharks in Durban, while the Bulls fell to the competition front-runners Waikato Chiefs in Hamilton.

The Chiefs are looking to extend their three-point lead in the overall standings against the hapless Auckland Blues at North Harbour Stadium on Saturday.

Stormers' coach Allister Coetzee has responded to his team's last-start loss with four changes to his forward pack for Saturday's match against the Bulls in Pretoria.

Siya Kolisi returns to blindside flanker, while lock Andries Bekker has been replaced by De Kock Steenkamp. Frans Malherbe starts at tight-head and Deon Carstens packs down at loose-head.

The three-time Super Rugby champion Bulls have lock Juandre Kruger and outside-centre JJ Engelbrecht back, while Dewald Potgieter will earn his 50th cap for the Pretoria-based team.

"We have a great opportunity to get back on the winning trail because we play at home for the first time in six weeks," said Bulls coach Frans Ludeke.

"The Stormers have been the form team all season and we will need to be creative and patient to break down their defences, but also not give anything away because they will pounce on mistakes."

Seven-time champions Canterbury trail the Chiefs by seven points in the New Zealand Conference and must beat the Highlanders in Christchurch on Friday to stay in touch.

The Crusaders mauled the Blues 59-12 a fortnight ago but have had a week off with a bye.

"Obviously we would like to have kept that momentum, but the bye has given us the chance to recharge the batteries," coach Todd Blackadder said.

The Highlanders have had the better of the Crusaders in their recent outings, winning 27-24 at home in round two and a 26-18 victory in Nelson last year.

All Blacks number eight Kieran Read returns for the Crusaders after falling heavily at a lineout and injuring his pelvis in the loss to the Rebels in Melbourne three weeks ago.

In a sign of the times Blues' coach Pam Lam has conceded that the Chiefs have the best coaching set-up in the country ahead of their weekend derby.

The one-time Super Rugby heavyweights Auckland are drawn from New Zealand's largest urban area but are in crisis having lost 11 of their 13 games this year, while the Chiefs, based 100 kilometres (60 miles) south in Hamilton, have lost just two.

"They've got some good coaches there," Lam said. "When you have Wayne Smith's background as All Blacks coach and Dave Rennie has got all the knowledge of the last five or six years with the under-20 programme, I've got no doubt that's made a massive difference."

The ACT Brumbies will look to increase their five-point lead in the Australian Conference against the Rebels in Melbourne on Friday.

Rookie flyhalf Zack Holmes missed a penalty in the final minute as the Brumbies went down 13-12 to their closest rivals Queensland Reds in Canberra last weekend.

The Rebels are coming off a 66-24 battering by the Wellington Hurricanes and will see James Hilgendorf take over from injured Wallabies star Kurtley Beale at flyhalf, while ex-Wallaby captain Stirling Mortlock will lead the side.

Elsewhere in this weekend's round, the last before a month-long break for the international season, the NSW Waratahs will tackle the Hurricanes in Sydney and the Golden Lions host the Coastal Sharks in Johannesburg.

The Reds, Western Force and Central Cheetahs have the weekend off.