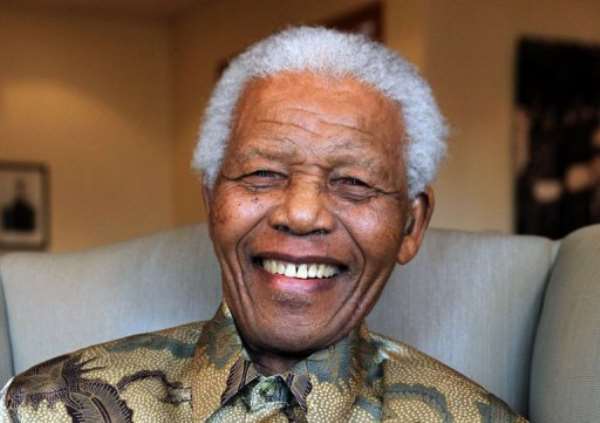 JOHANNESBURG (AFP) - Former South African president Nelson Mandela on Wednesday made his first appearance in six months when he received a symbolic flame to mark the ruling ANC's centenary at his rural home in Qunu.

A healthy-looking Mandela, seated on an armchair, smiled as the African National Congress chairwoman Baleka Mbete presented him with the flame in an event shown on television. The handle was emblazoned with the party's colours.

"He was happy and he appeared to be healthy and asked a lot of questions," ANC spokesman Keith Khoza told AFP.

The clips on e-News channel showed the former ANC president Mandela flanked by his wife Graca Machel and grandchildren.

He sat upright and could be seen nodding, as a former soldier of the now defunct Umkonto weSizwe (the ANC armed wing) put the flame in front of him.

Images of Madiba, who returned to his childhood village on Tuesday, were last seen in October when he cast his vote in local government elections in at his Johannesburg home.

The revered statesman who turns 94 in July was flown to Johannesburg in January from the village and later had a medical check-up the following month.

His previous hospitalisation in 2011 for a respiratory infection caused a national panic, following a news blackout on his condition.

His last public appearance was at the 2010 World Cup final in Johannesburg.

Mandela was released from 27 years in prison in 1990 and was elected South Africa's first black president four years later.

He won the Nobel Peace Prize in 1993 and served one term before stepping down in 1999.