PRESIDENT MILLS –A DESPERATE MAN LOOKING FOR REDEMPTION AND VOTES

By The New Free Press 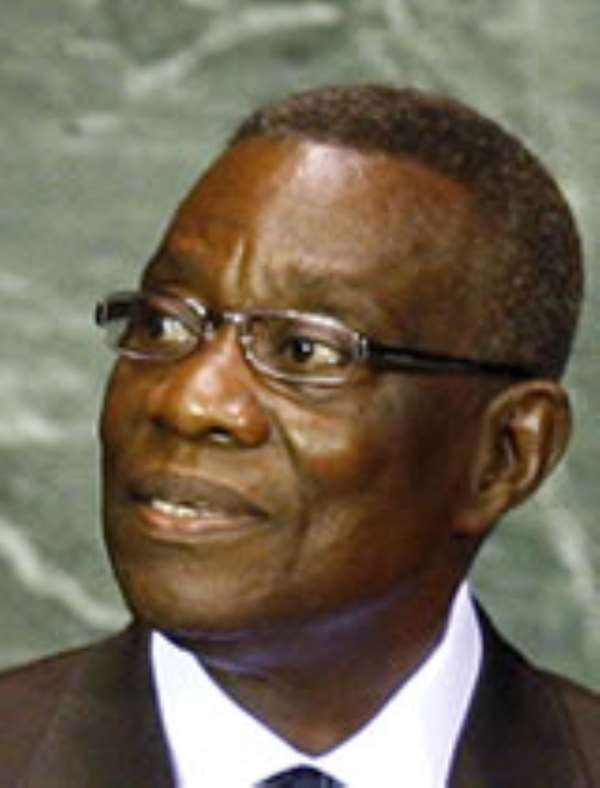 The New Free Press is flabbergasted that For the first time in Ghana's political history, President Mills, a Professor of Law has chosen to undermine his country's constitution and set it on the path of mob rule and dictatorship.

President Mills has now assumed full dictatorial powers. He has disregarded a decision by the highest court in the land, the Supreme Court of Ghana and effectively served notice that he will destroy the judiciary before he leaves office. Is President Mills following in the footsteps of his hero the late President Hastings Kamuzu Banda of Malawi who did the same thing in his country 20 years ago?

Thirty years ago, members of his political tradition executed judges at a military shooting range. Today President Mills, the law professor has decided to execute the judiciary and the national constitution. President Mills wishes to turn Ghana into a lawless country, where the rule of law will collapse and mob rule and vigilante justice by him and his party members will take over. This is coming from a President who recently attended a G8 summit and made all kinds of promises to the world about peace and respect for rule of law.

It to clear to Ghanaians that the President and his cabinet gathered round the table to take this decision not in the interest of the people of Ghana but in a desperate propaganda bid to get votes because its an election year. Their ship is sinking and they must do whatever it takes to shore it up.

The fact is Mr Jake Obestebi Lamptey has done nothing wrong at all. He has bought a house legitimately as a private individual, paid for it and has receipts to that effect. Mr Obestebi Lamptey is a target because he is a fierce critic of the government and a leading member of the opposition. This government is happy to sell government properties; 26 public properties including government houses to Lebanese and Koreans yet they have a problem with Ghanaians doing legitimate business in their own country. No wonder our businesses are suffering and our housing industry is in crisis. The NDC government vision seems to be is clouded by racism, jealousy, tribalism and discrimination.

President Mills himself as a public official working for the state as a lecturer and a Vice President of the Republic of Ghana, bought 6 plots of state land at Ofankor in Accra meant for the building of a new police depot for the Ghana Police Service. Sheer hypocrisy at its best!

We of the New Free Press challenge President Mills and the whole cabinet if they are whiter than white to publish their entire assets before Ghanaians since they came into power in 2009 as they promised in their own manifesto.

The witch-hunting, loose talk and diversionary tactics must give way to a serious outlook as to how we can solve the poor sanitation, huge traffic jams in our towns and cities, our collapsed cedi currency, the struggling National Health Insurance scheme, the death trap roads that are never completed, how we can stop all the inflated contracts and fraudulent judgement debt payments going on and how we can provide jobs to thousands of unemployed and frustrated young men and women who have been woefully failed by the invisible President.

By the way was President Mills really at this so called cabinet meeting? because we don't know who is really in charge of Ghana these days.

More Opinion
Modern Ghana Links
The Complicity of the State and the Catholic Church in The Dehumanisation of Pregnant Unmarried Women in Ireland
Open letter to Student Loan Trust Fund (SLTF)
Finding Beauty in Chaos – Value or Values?
Politics In The Teaching Profession
DNA testing, lest we forget
The Ashanti Regional Youth Organizer: Bring back our abled leaders of TESCON in the Ashanti region
Re: Appointment of TESCON leaders
Legalising suicide is contrary to the Law of God
An open letter to Frema Osei-Opare, the Chief of Staff of the Republic of Ghana
Election Reports Quotes Dossiers
TOP STORIES

I haven’t said NPP is Majority in Parliament – Bagbin clarif...
6 minutes ago