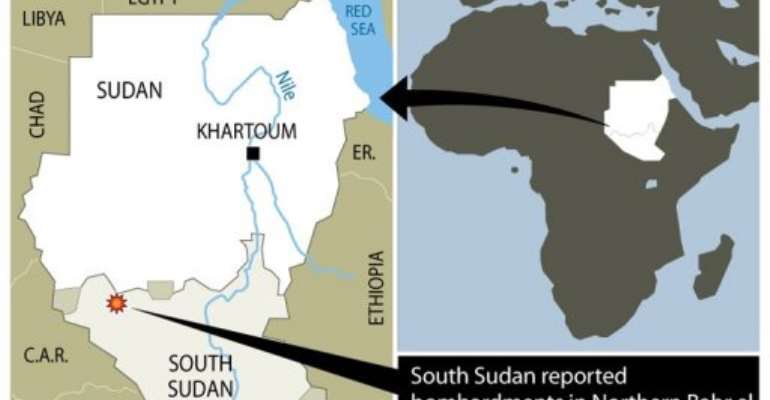 South Sudan claimed Sudan has been bombing its territory for three days. By (AFP/Graphics)

However, Amum said he was still "optimistic" that the talks due to start on Tuesday in Addis Ababa would go ahead and produce results.

International pressure has pushed both sides to return to the long-running talks stalled by the fighting in April, when Southern troops seized an oil field from Khartoum's troops for ten days as Sudan launched repeated air strikes.

Sudan has repeatedly denied it has launched air strikes on the South, and it was not possible to independently verify the reports of the attacks.

"We are returning to the talks ready to negotiate with the Government of Sudan to discuss all the outstanding issues," Amum added.

"We are actually more optimistic than any time before, as today we have the UN Security Council resolution giving a timeframe to achieve resolution within three months," Amum said. "It is good there is international backing."