Chewing Tobacco: A Lethal Menace On The Block 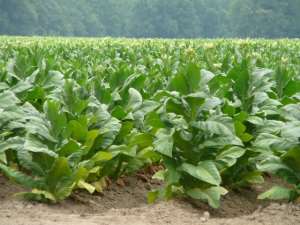 (CNS): Jyoti (name changed) hails from rural Uttar Pradesh which has a high prevalence rate of smokeless tobacco. Two years ago she became addicted to paan masala (a popular form of chewing tobacco) of a particular brand, under the influence of her friends. She began with one or two pouches a day, but the number quickly increased to 25. With one pouch costing one rupee (less than 2 cents) she had to cook stories to get money from her parents for this. She says, “I would ask them for money to buy eats and spend it on tobacco. I would eat outside the house, never in front of my parents. Then I would brush my teeth.” Eating tobacco put her on a high giving her momentary respite from the perpetual tension in the family. Her own marriage had broken and her father ill treated her mother. At the end of one year she started having difficulty in opening her mouth fully—'It was difficult for me to open my mouth to put my three fingers inside it.'

Luckily for Jyoti, her present employer coaxed her to quit this deadly habit, and she has been off it since the time she came to Lucknow one year ago. 'My madam told me that eating paan masala was a bad habit. So I just decided one fine day to quit and I did. I also helped my friends to quit. Now I cannot even tolerate anyone else eating it in front of me.'

Not everyone is as lucky and strong willed as Jyoti. Nearly 6 million people die globally every year due to tobacco related diseases out of which 1 million deaths occur in India alone. India is the second largest consumer as well as producer of tobacco products after China in the world. Around 35% of its adult population uses tobacco in some form or the other, with nearly 50% of the males and over 20% of the females being part of this poison wagon. A large majority of these tobacco users prefer smokeless tobacco products like betel quid with tobacco, gutkha, paan masala, khaini, mishri, gul, over smoking tobacco.

Dr Tara Singh Bam, Technical Advisor, Tobacco Control at the International Union Against Tuberculosis and Lung Disease (The Union) informs that tobacco kills more than 15,000 people every year in Nepal, where 28.5% of the population uses some form of tobacco. 31.2% of men and 4.6% of women use smokeless/chewing tobacco. Women, children and the poor are seriously victimized with both forms of tobacco use; smoking and chewing tobacco.

40 years old Sanjay (name changed), father of two, is a driver with a leading private company in a metro city of India. He has been chewing gutkha since 1988 when he was in grade 12.

“My father used to eat tobacco at home and my mother was fond of betel leaves. This is how I got initiated into it. Earlier I would only eat 5-10 pouches per day. But soon it became an addiction and for the past several years I have been consuming 35-40 pouches every day. I buy my daily stock in advance and in bulk as this is more economical (a single pouch of his brand costs Rs2 but a pack of 8 costs Rs 10 only). On an average I spend Rs 50 per day (Rs 1500 per month) on this. Yes there is definitely something addictive in gutkha. I feel lethargic if I do not get my daily dose. I do not think I will ever be able to quit. Moreover I think it is okay to have it, as I do not have any health problems.”

Like Sanjay most of the tobacco chewers do not know that, contrary to popular belief, no form of tobacco is safe. Recent researches have proved that a single pinch of smokeless tobacco exposes the user to the same amount of polyclinic aromatic hydrocarbons as that produced by the smoke of 5 cigarettes. People who chew tobacco 10 times a day could be getting the same amount of nicotine as those who smoke two packs of cigarettes. This nicotine is absorbed directly in the blood stream through the mouth wall. Smokeless tobacco users are far more likely to develop mouth cancer, which is one of the toughest cancers to cure, than non users. According to the Indian Council of Medical Research, 50% of cancers among men and 25% among women in India are related to tobacco use. The gutkha menace is responsible for India harbouring the maximum number of oral cancer patients in the world, 90% of which are related to the use of chewing tobacco.

With the intent of controlling the consumption of various forms of chewing tobacco, the Indian Government has recently enforced a new Regulation of The Food Safety and Standards Act 2006, (for implementation from August 2011) which states that tobacco and nicotine shall not be used as ingredients in any food products. The Supreme Court has clarified that, 'Since paan masala, gutkha or supari are eaten for taste and nourishment, they are all food within the meaning of Section 2(v) of the PFA Act.' Madhya Pradesh was the first state to ban Gutkha under this Act, with effect from April, 2012. It has been closely followed by Kerala which has also prohibited production, storage, distribution and sale of gutkha, paan masala and similar products containing tobacco and nicotine, with effect from 22nd May, 2012. Goa had already banned these products under the Public Health Act, and Uttar Pradesh is actively considering to impose a similar ban. It is hoped that these winds of change will sweep across all the states of the entire country to help blow away the fearful epidemic of tobacco.

Dr Ehsan Latif, Director of Tobacco Control at The Union fears that, “Although chewing tobacco is not produced in Pakistan or Bangladesh, gutkha and paan masala are smuggled from India into the country across the very porous border through various channels and are easily available in every paan shop there. Currently we are not facing that high a burden of oral cancers in Pakistan, as in India, but oral tobacco is becoming more and more common which may take an epidemic form if not curbed.”

Prannay Lal of The Union calls chewing tobacco a nefarious industry and wants that chewing tobacco should not only be banned at the government level but civil society efforts should make it socially unacceptable too, just like smoking was branded as 'uncool'.

According to Dr Mira Aghi a noted tobacco control activist and winner of 2012 Luther L Terry Award for outstanding community service, “Since processed smokeless tobacco is inexpensive (cost in pennies) and is sold in small, convenient-to-carry packs, its use has become common place. Many women believe that as it is promoted so much, smokeless tobacco just cannot be bad for the user. They like its taste, its ability to instil energy, taking their mind off worries, and helping them to control hunger. They do not associate any negative impact on their health with their use of tobacco. These perceptions and attitudes show complete ignorance of the masses about the health effects of chewing tobacco. So, Article 12 of the FCTC (Using Education, Communication and Training to Advance Tobacco Control Goals) needs to be implemented with utmost urgency if we want a tobacco free healthy society.”

The Union has been working on tobacco control in low-income countries for the last 25 years. As a partner in the Bloomberg Initiative to Reduce Tobacco Use, it works to cut tobacco use and save lives by supporting projects to achieve 100% smoke free environments; improving tobacco control legislation; training public health professionals in management skills related to tobacco control, and giving technical and legal advice on a variety of tobacco control issues.

Years ago the Indian government had saved innumerable families from economic ruin and disaster by banning the government lotteries (which had become a horrible addiction, especially for the poor). It can now save thousands of lives from illness and death by strictly enforcing a legal ban on the production and sale of chewing tobacco, followed by similar controls on cigarettes and bidis. (CNS)