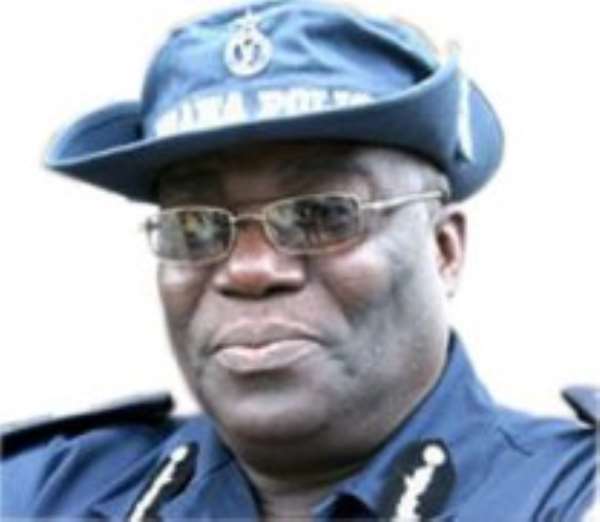 A man who has been on the police wanted list for two and a half years has finally been arrested by the Accra Regional Police Command for alleged fraud.

The suspect, Reuben Nii Laryea, alias Reuben, 51, described by the police as notorious, was arrested together with three other accomplices, including a woman, at their hideout at Nkawkaw.

The other suspects are Mercy Adjei, 37, who doubles as Reuben’s wife or girlfriend; Ebenezer Oko Appiah, alias Calabos , 21, and Bismark Mantey, 57.

According to the police, the group always hired items such as canopies, ice chests, tables and chairs, food warmers, plates, glasses and cutlery sets from hiring companies but ended up bolting with them.

Following their arrest, the police have been able to retrieve over 2,000 chairs, about 60 canopies, tables and a number of plates, after the group had sold a quantity of them to some traders at different places, including Amasaman, Prampram, Pokuase, Mankessim and Nkawkaw.

Briefing the press in Accra yesterday, the Accra Regional Police Commander, Deputy Commissioner of Police (DCOP) Rose Bio-Atinga, said for over three years now there had been a series of complaints from hiring companies in Accra concerning the activities of the gang whose speciality was stealing chairs, canopies, tables, among others, from their owners.

She said the modus operandi of the gang was to visit the premises of the hiring companies to hire a number of items and even send representatives from the hiring the companies to a supposed venue where it would be organising a function.

But after the gang members had done so to establish the genuineness of their intentions, they turned around to quickly pack the items and send them away to unknown destinations.

She said for the past two and a half years the Accra Regional Police had been inundated with complaints of such thefts but efforts to arrest the members of the gang had not been successful until Reuben, believed to be the leader, was arrested.

DCOP Bio-Atinga said the police had information that Reuben, who claimed to have just returned from abroad, had managed to sell large quantities of the stolen items to a trader in Nkawkaw who had made part payment for the goods to him with the promise that the suspect should return later to collect the rest of the money. But he was arrested by the police when he went there to collect the money.

She said police investigations so far into the case had revealed that Reuben owned a number of containers at Kuntunse, near Nsawam, where he had been keeping the stolen items before selling them to people.

The commander said following the retrieval of the stolen items, a number of persons had come to identify their items and the suspects.