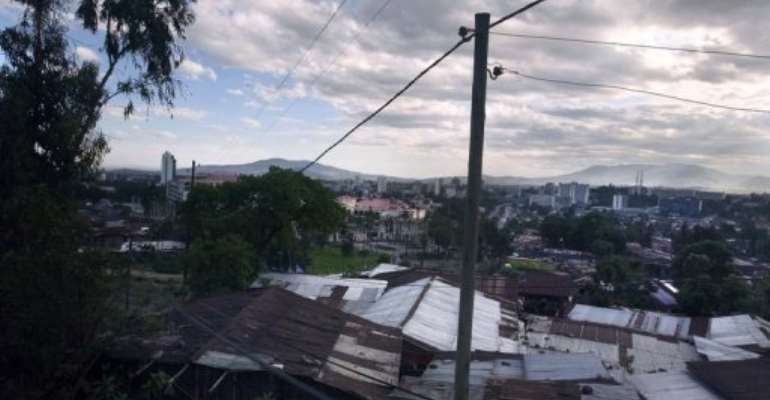 US reporter Peter Heinlein was arrested after trying to interview members of Ethiopia's Muslim minority. By Peter Delarue (AFP/File)

ADDIS ABABA (AFP) - A Voice of America (VOA) reporter and a translator detained while covering a protest in the Ethiopian capital were released from jail on Saturday, VOA said.

Peter Heinlein told editors by phone that he was in good condition and had returned to his residence. Simegineh Yekoye, his translator, was also released,

the US government-funded broadcaster said.

Heinlein was arrested Friday while trying to interview members of Ethiopia's Muslim minority, who have been protesting alleged government interference in their affairs, said VOA.

Government spokesman Shimeles Kemal said Heinlein had been detained because he failed to produce his identity card when approached by police.

"He refused to explain his identity or to explain that he was a journalist, then they took him to the police station," Shimeles told AFP.

Shimeles had initially said Heinlein could face deportation for failing to "abide by the rules of the land," but later said the reporter would be allowed to stay in the country.

Several media workers have been detained and charged in Ethiopia in recent months, including two Swedish journalists sentenced to 11 years in prison in December under the country's anti-terrorism law.

The New York-based Committee to Protect Journalists (CPJ) says Ethiopia's media is one of the most restricted in the world.