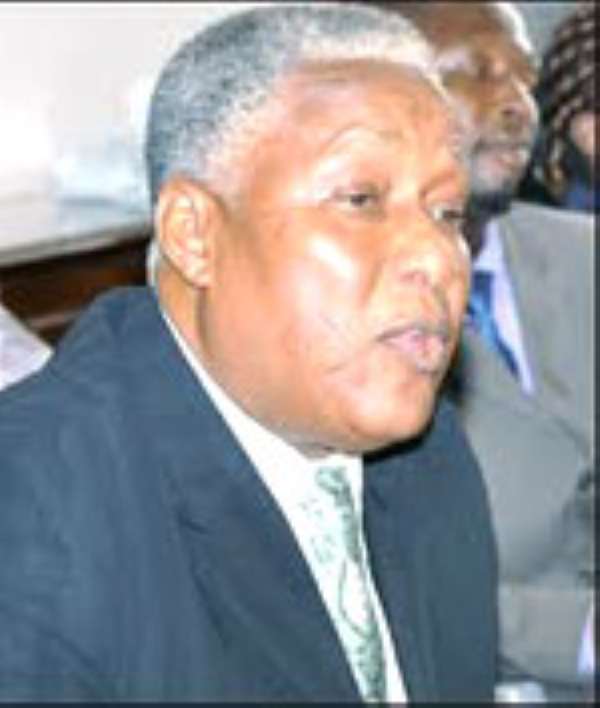 It is quite true that there are several aspects of the achievements and legacy of Ghana's first postcolonial leader that are worth preserving and emulating. Just don't ask me what these are. Nevertheless, the facile presumption, largely among Nkrumah fanatics, that it has to take the leadership of the biological children of the African Show Boy to bring the preceding about, as Mr. E. T. Mensah would have his audience believe, is what may aptly be characterized as “The Joke of the Century”(See “Sekou Nkrumah's Move to NPP is 'Joke of the Century' – E. T. Mensah” MyJoyOnline.com 5/25/12).

Indeed, for having so boldly and publicly and self-assuredly forged an independent ideological orientation from the Soviet-copycat version of his father's, in of itself, makes the third and last child of President Kwame Nkrumah by his Egyptian wife unarguably the most emotionally and intellectually mature among his siblings. Pursuing a static course of action, needless to say, would have rendered the younger Mr. Nkrumah as otiose and politically marginal as the two other Nkrumah children, notably Gamal Gorkeh and Samia Yaaba.

Without a doubt, he may on first blush seem erratically opportunistic, but one thing that cannot be begrudged the man is the fact that Sekou Nkrumah read the proverbial handwriting on the wall long ago, and long before he could even say “Dada”; and so, really, it was only a matter of time before Sekou comfortably settled down among like minds. And it is not clear precisely what he means, when Mr. E. T. Mensah rather lamely asserts that “Sekou Nkrumah cannot survive outside a social democratic party after destroying his credibility in the country's politics.

The fact of the matter is that cultists like Mr. Mensah would rather have the children of the late Ghanaian dictator ossified and permanently frozen in the pseudo-socialist façade created by their patriarch, thus ineluctably trapping dynamic social thinkers like Mr. Sekou Nkrumah in the nauseatingly tired ideological forge of the elder Mr. Nkrumah. Thus, rather than become a veritable victim of political dinosaurs like the Ningo-Prampram NDC Parliamentarian, Sekou Nkrumah has healthily and progressively chosen the intelligent path of growth. And, ironically, it is this indubitably positive development that seems to have driven the Nkrumah partisans over the edge.

Indeed, it would be quite interesting to have the former Accra mayor define precisely what he means by the Mills-led National Democratic Congress (NDC) being a “social democratic party,” even when the ruling party's own founding-father, Mr. Jeremiah John Rawlings has on innumerable occasions described the NDC as the most corrupt political organization in the postcolonial history of our august republic.

Refreshingly, albeit unwittingly, Mr. Mensah clearly seems to be in perfect agreement with the younger Mr. Nkrumah, that the National Democratic Congress woefully lacks the sort of robust and forward-looking leadership that makes for a purposeful political agenda, except that like a jaded horse run out of any innovative tricks, the former Sports Minister prefers to live the unenviable existence of a liar. As a result, the substantive Works and Housing Minister is able to shamelessly observe as follows: “As a serious-minded person, when you find yourself in an organization and see that things are not going well, you shine at [sic] your little corner.”

Sadly, though, rather than objectively assess the virtual ideological wasteland that is the Mills-Mahama government of the so-called National Democratic Congress, Mr. Mensah prefers to get nasty and uncomfortably personal with the younger Mr. Nkrumah, by making an issue out of the political non-issue that is the private and personal relationship between Sekou and his elder sister, Samia Yaaba Nkrumah, the sole rump-Convention People's Party MP for Jomoro and the largely token chairperson of her comatose party. Now that is incredulously low for an otherwise elderly politician like Mr. Mensah.

It is also rather presumptuous for Mr. Mensah to assume that the younger Mr. Nkrumah's decision to hitch wagons with the New Patriotic Party is largely predicated on Sekou Nkrumah's abject ignorance of the writings of his immortalized father. Rather, it is Mr. Mensah who direly needs to critically assess the tenor and temper of the times and progressively act accordingly.

And, of course, while it would be rather foolish for anybody to underestimate the potential fortunes of the crisis-ridden NDC in the lead-up to Election 2012, nonetheless, it would be equally foolish to underestimate the ability of the Ghanaian electorate to resoundingly and permanently retire a pathologically kleptocratic political organization like the Woyome-funded juggernaut.