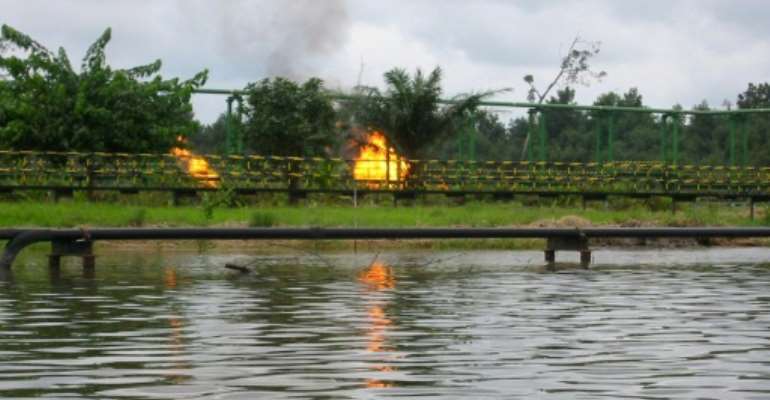 A spate of attacks claimed by the Niger Delta Avengers has hit oil production in Nigeria, exacerbating a financial crisis caused by low global crude prices since mid-2014. By Dave Clark (AFP/File)

RMPs or remote manifold platforms are where smaller oil and gas pipelines converge before being sent to larger lines.

It is understood the facilities had been repaired since the last strike.

A military officer said the attack happened in the Warri North area of Delta state, adding: "A controlled explosive device was used to carry the attack.

"These gives them (the militants) ample time to detonate the device even while they have long left the scene of the incident."

The spate of attacks claimed by the Niger Delta Avengers since February has hit oil production in Nigeria, exacerbating a financial crisis caused by low global crude prices since mid-2014.

The group wants international oil companies out of the region, whose people largely live in poverty despite the billions of dollars generated by oil extraction over decades.

It has also called for self-determination for the delta region.

Buhari on Wednesday appealed to militants to "give Nigeria a chance" at a time of economic hardship -- and that he would not stand for a break-up of the federation.