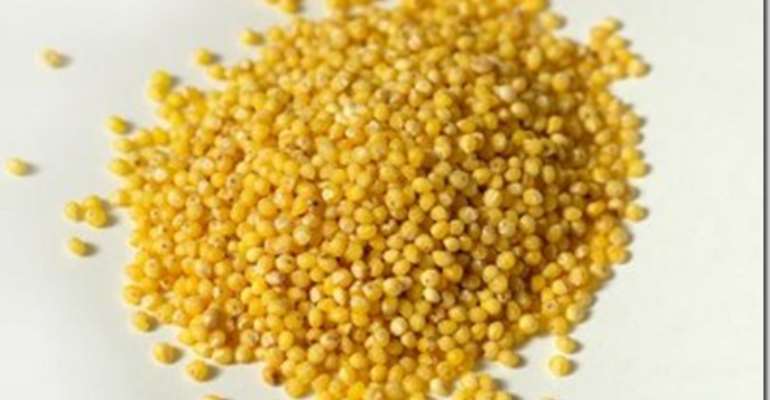 Farmers in the Tariganga, in Garu-Tempane District in the region, said that for the past 10 years, erratic rainfall had made rain-fed agriculture unreliable.

This is because draught or floods during the later part of the farming season resulted in low yield of long maturing crops such as millet, sorghum, groundnuts, cowpea and bambara beans.

Consequently, farmers in the community cultivate short maturing varieties, including maize, sorghum, known as Dorado, soya, cowpea and groundnuts introduced by the Ministry of Agriculture and the Alternative Learning Programme (ALP), under CARE International, a non-governmental Organisation.

The farmers were taking part in a research on 'Change Dynamics of Gender Relations with Climate Change,' organized by ALP at Tariganga near Garu, to find out the effects of climate change on farming in the community and the influence of gender relationships on the lives of the people.

Naba Alem Akudugu, Chief of Tariganga, said a few farmers in the community sow late millet because of the disappointment they had experienced as dry spells in June usually affect yield of the crop.

He said instead, many farmers had taken to the cultivation of maize, and explained that the late millet, which used to be the main staple of the people took about four months to mature, usually by late October or November, and when the rains stops early, the grains do not mature and dry.

Naba Akudugu said farmers needed chemical fertilizer for the improved varieties but many of them could not afford.

Mr Abanga Alem, an elderly man in the community, recalled the good old days when the rains started early, in April and farmers had the luxury to schedule when to cultivate crops, depending on the maturity period, and were certain of good harvest.

Mr Romanus Gyang, Manager of ALP-Ghana, explained that the programme provided a holistic analytical approach to enable the communities to plan adaptation actions that were informed by climatic change.

He said the programme was being implemented in eight communities in the Garu-Tempane and East Mamprusi Districts.

The research was led by Dr Paschal Atengdan, a lecturer in Agriculture at the University of Ghana, Legon, and a Consultant.

Anlo Traditional Area to organise another funeral for Rawlin...
24 minutes ago