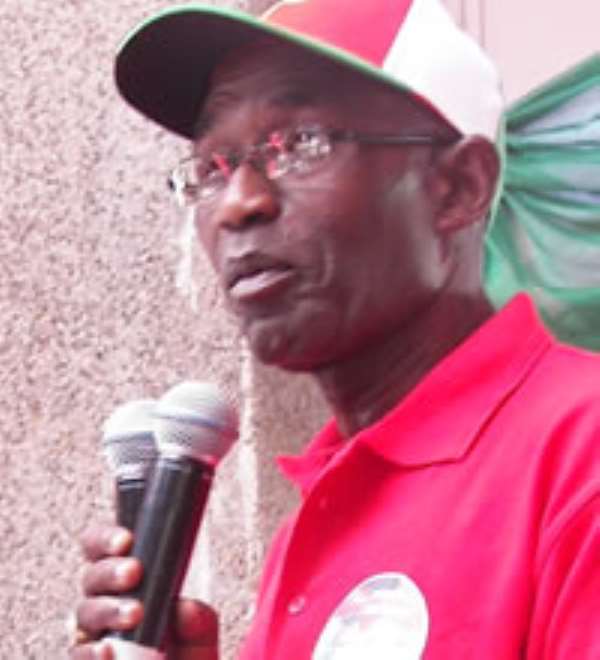 Accra, May 22, GNA - Mr Lee Ocran, Minister of Education has described the increases in enrollment at the basic level of education as an indication of the success of the various interventions that are currently being pursued by government.

He said Ghana had made considerable progress at all levels of her educational sector and was committed to evolving strategies that would ensure increased access to education at all levels.

Mr Ocran made the observation to the media at the Ministry of Information's instituted Meet-the-Press series in Accra on Tuesday, to give an insight into the Ministry's programme and activities.

He said government had committed itself to improving the delivery of education in the country and to restore the enviable standard enjoyed by the educational system many years ago.

“To ensure this government has taken bold and concrete steps to improve the conditions at the basic education level by ensuring that Free, Compulsory Universal Basic Education (FCUBE) becomes a reality, improve post-basic and secondary education and make access to tertiary education available to everyone who wishes to enrol and improve on his or her skills and academic knowledge."

Mr Ocran said interventions such as the construction of classrooms to eliminate schools under trees, distribution of free school uniforms, exercise books and lap top computers and the refurbishment of science and computer laboratories of some second cycle institutions, all with the aim of making education attractive and encouraging for national development.

He said the Ministry of Education was currently engaged in discussions with the Fair Wages and Salaries Commission to implement the 20 per cent special allowance to teachers in deprived areas of the country saying “the payment will be carefully targeted to ensure that every teacher who is performing satisfactorily in deprived areas benefits from the package as soon as possible”.

Mr Ocran explained that in its determination to improve on quality education, the Ministry through the Ghana Education Service (GES) revived the conduct of the School Performance Appraisal Meetings (SPAM), as an accountability and efficiency mechanism at the basic level, adding the meetings were currently done in all the districts across the country.

He said the conduct of SPAM promoted the full participation of communities in the management and delivery of education at the basic levels.

The Education Minister encouraged all stakeholders to demand tangible improvements in teaching and learning in schools located within their communities.

Mr Ocran highlighted on interventions such as the development of an Educational Strategic Plan for the period 2003-2015, which highlighted the policies, strategies and programmes guiding the delivery of education in Ghana.

He said having been implemented for five years there had been tremendous increases in enrolment levels from pre-schools up to the tertiary level as well as in infrastructure development in the sector.

Mr Ocran said the Ministry intended to intensify initiatives to ensure that the country achieved the goals of Education for all and FCUBE.