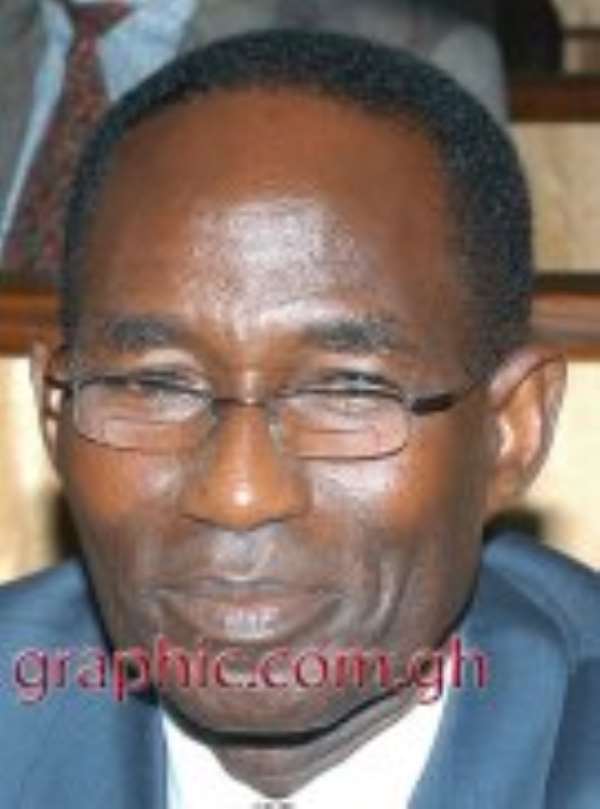 Mr Lee Ocran - Minister of Education This year’s National Education Sector Annual Review to take stock of the past year’s activities, strategise and position the educational sector in a better stead began in Accra Monday, with a firm commitment from the government to make education central to its scheme of activities.

A Deputy Minister of Education, Mr Mahama Ayariga said the government was committed to ensuring that the right human resource was produced to spearhead the development of the country.

he said, a significant number of achievements had been made in the area of education, including infrastructure and access.

For instance, he said, 1,200 primary schools had been built, while a large number of facilities and infrastructure had been put up at the junior high school and the senior high school levels across the country.

The National Education Sector Annual Review is held to take stock of the past year’s activities and restrategise with the aim of bringing about improvement in the educational sector.

This year’s event, which is on the theme: “Enhancing Quality Education Delivery in a Decentralised System”, is being attended by metropolitan, municipal and district directors of education.

Also in attendance at the three-day event are civil society organisations and non-governmental organisations with stakes in the educational sector.

Mr Ayariga announced that the Ministry of Education had finalised a national policy on kindergarten education with a view to improving that aspect of education delivery.

The key issues in the policy, he said, included improvement in the quality of teachers, as well as infrastructure development.

A Deputy Minister of Education, Mrs Elizabeth Amoah-Tetteh, who chaired the function, described the annual review programme as an important platform to brainstorm on issues bordering on education across the length and breadth of Ghana.

The forum, she said, was geared towards subjecting issues in the sector to serious debate and make recommendations that could lead to an improvement in education delivery.

The Chief Director of the Ministry of Education, Major Mahama Tara (retd), said the review, which began in 2004, was the seventh since its commencement.

He said the ministry saw it as an important exercise in its scheme of activities, adding that the deliberations were being done to find creative ways to improve the sector.

A representative of the country’s development partners, Ms Rachael Hinton, said Ghana had done well in the initiatives taken to expand access.

A representative of civil society organisations, Mr Bright Appiah, who is also the Chairman of the Ghana National Education Campaign Coalition (GNECC), called for trained personnel to be engaged in teaching at the early childhood educational level.