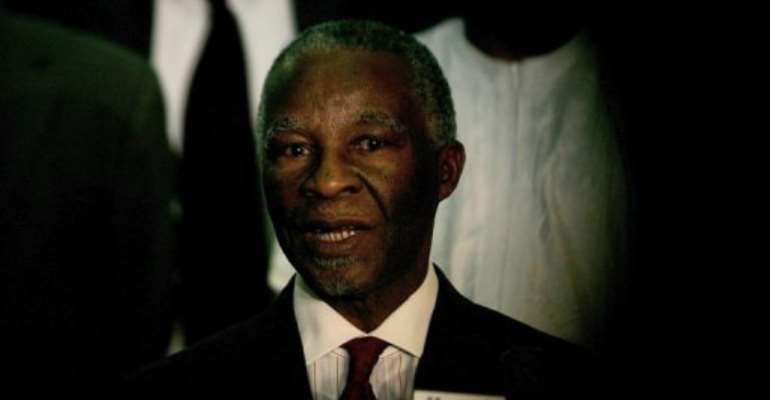 Thabo Mbeki will urge Sudan and South Sudan to set out proposals to resolve their disputes. By Ashraf Shazly (AFP/File)

Mbeki left the VIP terminal at Khartoum's airport in a black limousine at about 17:25 GMT, the reporter said.

Sudan and South Sudan did not comply with a United Nations Security Council demand that they resume the talks by Wednesday, but Mbeki and other diplomats are nonetheless trying to get negotiations restarted.

He is also expected to visit the South Sudanese capital Juba as part of his diplomacy.