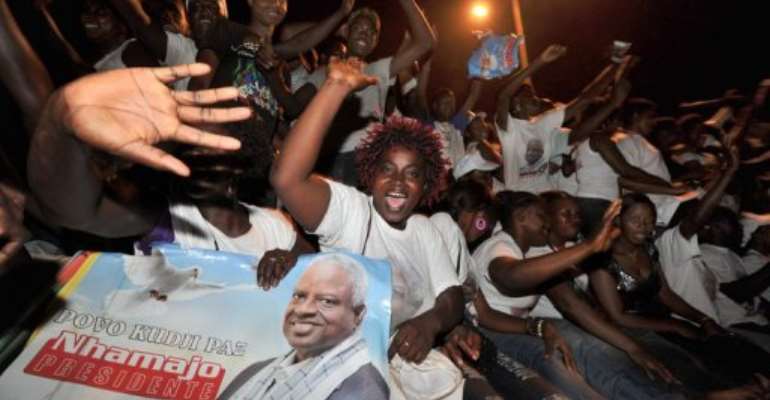 Duarte Barros, an economist, is a former leader of the West African Economic and Monetary Union, and is a former finance minister close to opposition leader Kumba Yala of the Social Renovation Party (PRS).

His nomination comes after putschists and 35 political parties signed an agreement on a transition period of one year until fresh elections are held, in front of diplomats in Bissau.

The former ruling African Party for the Independence of Guinea and Cape-Verde (PAIGC) which was ousted by soldiers on April 12, did not sign the agreement.

The coup aborted an election process in which ex-prime minister Carlos Gomes was the favourite to win.

He and interim president Raimundo Pereira, appointed after the death of president Malam Bacai Sanha in January, were both arrested during the coup and have sought refuge in Abidjan since their release.

After laborious negotiations the Economic Community of West African States (ECOWAS) and junta agreed to appoint former speaker Manuel Serifo Nhamadjo to lead an interim government, ruling out the return of the ousted leaders.

The soldiers said they launched their coup in the chronically unstable nation over the presence of Angolan troops which they said was undermining the army.

Nigerian troops are expected to arrive in Guinea-Bissau by Friday to replace the Angolan contingent. Its presence upset the army, whose long power struggle with the state has led to countless coups, counter-coups and political assassinations.