E. T. Mensah Has One Up On NPP 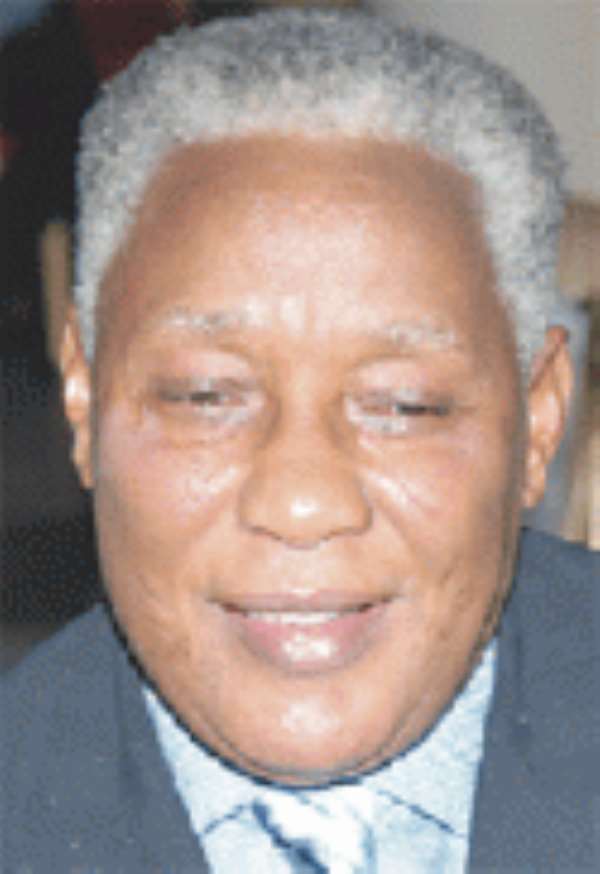 He is arguably at once the most mature and forthright of the key cabinet appointees of the Mills-led National Democratic Congress; and it is primarily for this reason that when he speaks, one has to pay him more than casual or glancing attention. To be certain, when Mr. E. T. Mensah returns fire over the rather gratuitous criticism by NPP communications wonk Nana Akomea in the matter of GUMA's contract with the Mills-Mahama government for the provision of 500 affordable housing units, one cannot but laud the Prampram native for aptly calling a spade by its street-name, rather than its nominal scientific camouflage, if, indeed, there were any such thing as the latter (See “Why Did NPP Contract Foreigners to Build the Presidential Palace? – E. T. Mensah” Ghanaweb.com 5/14/12).

Needless to say, Nana Akomea would have gained more political points and mileage if he had unreservedly commended the Works and Housing Minister for wisely moving away from the South Koreans, this time around, in order to keep this mini-housing contract within the family. And being South African, GUMA is, of course, a bona fide member of the continental African family. There will definitely be a proper and an opportune time to bring back the South Koreans; and that moment will be when Messrs. Akufo-Addo and Bawumia have assumed the democratic reins of governance and the various Suame Magazines and Abossey-Okais dotted all over the country are dire need of radical upgrading into world-class automobile assembling and manufacturing plants.

And so, if I were Nana Akomea, I would have wasted no time at all in apologizing to Mr. Mensah for not bullishly and doggedly sticking with the STX Scam and instead wisely deciding to award the latest housing contract to a bona fide member of the continental African family who has both the skill and expertise to effectively execute the same. And to be certain, several weeks ago, Nana Akomea scandalized some of us who thought the NPP, indeed, possessed far better brains than the more fist-and-cudgel-driven NDC, when Nana Akomea went public with the rather lame-brained accusation that the Mills-Mahama government had spent $ 3 billion of our national budget for the importation of foreign-made chocolate candies. The claim simply did not make sense to any reasonably well-educated Ghanaian who remarkably appreciated the size of our entire economy and national budget.

And by the way, Mr. Mensah is also right on the money in faulting the Kufuor administration for rather unwisely contracting both the architectural designing and actual construction of Jubilee House/Presidential Palace to a foreign firm. Unwise, because a presidential palace is a veritable national-security landmark whose contours, or layout, ought to be a closely guarded national secret. Still, I would rather have occupied the new edifice than continue to unwisely validate the old Osu slave castle, as President John Evans Atta-Mills decided to do.

In all the preceding, there is one significant phenomenon that neither key operatives of both the ruling National Democratic Congress and the main opposition New Patriotic Party appear to be willing to publicly let on; and it is the perennially embarrassing and seemingly intractable fact of the average Ghanaian building contractor lacking the trust and confidence of his own Government and fellow citizens. Part of the problem essentially has to do with the notoriously poor work habit of the stereotypical Ghanaian citizen, a problem which has been consistently and invariably lamented by almost each and every postcolonial Ghanaian leader, beginning with President Nkrumah. It is a decidedly colonially induced lethargy that Prime Minister K. A. Busia also discusses in his postcolonial sociological classic titled The Challenge of Africa and elsewhere in his extensive corpus of scholarship. It thus clearly appears to me that this is a crucial topic that ought to be taken up by our national academic curricula at all levels, if we, as a nation, are to rapidly overcome our palpable lag in economic and technological development, so as to remarkably raise our general standard of living and life expectancy.