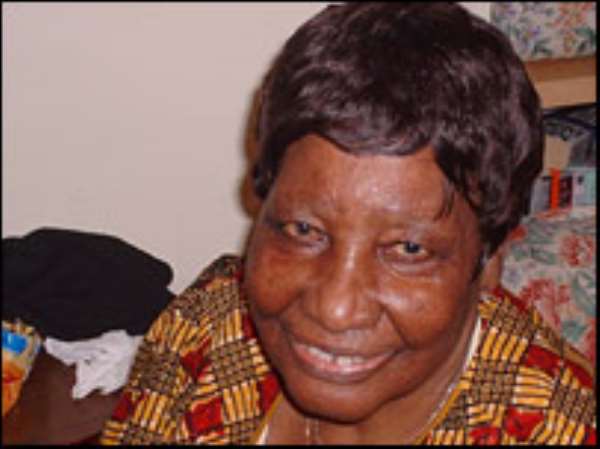 A £5,000 reward has been offered in the hunt for the killer of an 83-year-old grandmother found in a burning flat in south London.

Victoria Adu-Mensah had been bound and probably gagged before being killed and set alight at her flat on Loughborough Road, Brixton on 6 March.

She had earlier taken her grandchildren to the lollipop lady 200 yards away on their way to school, before heading back home to the Hertford Estate.

Her daughter and son-in-law, who also live at the flat, had already left for work.

At 0945 BST firefighters discovered her body at her flat after being alerted by neighbours who noticed smoke.

Now Scotland Yard has put up a £5,000 reward for anyone with information leading to the arrest and conviction of her killer or killers.

A spokesman said Mrs Adu-Mensah and her family were law-abiding citizens, and there appeared to be no clear motive.

Detective Chief Inspector Nick Scola added: "This was a particularly shocking case whereby a vulnerable member of the community was the victim of a callous and brutal murder."

Mrs Adu-Mensah, a widow from Ghana, had lived in the UK for eight years.

She was about 5ft 5in tall, usually wore a black woolly hat when going outside and walked unaided but noticeably slowly.