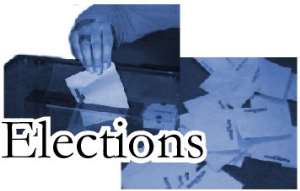 Curiosity indeed kills the cat. If I knew how I was going to be alarmed by the ease at which the 2012 elections could possibly be rigged, I would not have gone my separate extensive way to seek IT experts' view on the Biometric Voter's registration and remote electronic voting. What at all motivated me to do what I have done in the first place that is now troubling my heart and mind? It is/was all about ensuring no one or no political party is able to defeat the genuine desire of the masses as they will express on 2012 elections by simply manipulating the voting machines to their favour, thus, rigging.

I am not any reckless alarmist sounding an alarm to scare the hell out of anyone. I am actually devoted to investigating how dishonest computer experts at the Electoral Commission if any, could indeed input figures or data to easily tip the balance in favour of any person or political party they sympathise with.

Is it not a good idea to endeavour to discover the good and the bad that electronic voting can cause to find solutions well in advance? I believe in being more proactive than reactive, hence my consultation with competent IT persons to seek their opinion on certain issues that bother me.

I am not going to divulge everything that I have learnt since the commencement of my enquiries. I will in the meantime hold them preciously to my chest only to make them available to some responsible persons when my investigations are complete.

However, Ghanaians should note that the Electoral Commissioner, Dr. Afari-Gyan, has performed woefully concerning the functionality of the purchased inferior China-made biometric machines. He also failed to educate Ghanaians sufficiently on the entire biometric voter's registration exercise. As once said in one of my write-ups, he failed to synchronise (networked) the entire imported biometric machines. This is evident with the two cases where an individual was caught having successfully registered fifteen times and another two times. If all the machines had been linked up to a main server before the exercise, there was no way any individual could have registered more than one without been caught on the second or the third attempt due to the finger print involved which is unique to each individual.

In addition, copying information on registrants onto pen drives to take to Accra to upload onto the main server was professionally wrong. Pen drives are not immune to corruption and virus can wipe off that entire information it contains. Any dubious character can alter the information on the pen drive (USB stick) before releasing it to the Electoral Commission for uploading.


Dr Afari-Gyan has asserted that machines are machines and that they can break down on the day of voting. When some machines happen to break down, crash, freeze etc. on the day of voting, how do the voters in such affected areas vote? All the political parties should have discussed this issue with him to find a common solution. I am questioning the Electoral Commissioner myself, as I do not expect the actions and inactions of any incompetent person to disenfranchise any eligibly registered voter. It is my fundamental right to vote as long as I am mentally sound and of voting age – eighteen years and above.

Did the various political parties have their own IT teams that met together with that of the Electoral Commission to discuss and agree on a type of machines to use, their version, their operational functions and capabilities as well as the software? I do not want to act on presumptions hence seeking vital information to pass to the IT experts I am liaising with on behalf of noble Ghanaians who do not want to be cheated on elections 2012.

Some NPP radio studio panellists and serial callers are enthusiastic about the number of registrants in the Ashanti region and other areas. I weep for them when I hear them discuss their chances of winning election 2012 based on the number of registrants in the regions. I think they are simply being childish. How do they tell all those people are going to vote for them? Do they understand how insincere people in charge of electronic voting exercise can easily manipulate computers to do the unthinkable?

I am not going to discuss issues further but waiting to hear favourably from certain IT experts I have contacted for answers to some concerns raised.

If one goes to vote and the machine breaks down on him on the D-Day, how will the Electoral Commission consider that person's vote? The Electoral Commissioner should come up with tangible solutions rather than leaving people in suspense. It is the duty of the political parties and me as a concerned individual to compel him to come out with answers.

From what I have heard and seen to have taken place during the biometric voter's registration and what could possibly take place, dubious persons can rig the elections if we fail to take preventive measures against such unpalatable eventualities.

NDC will you rig the elections, I am just asking? Please say no! If you try any tricks on Ghanaians, they will know and hold you painfully by the balls.