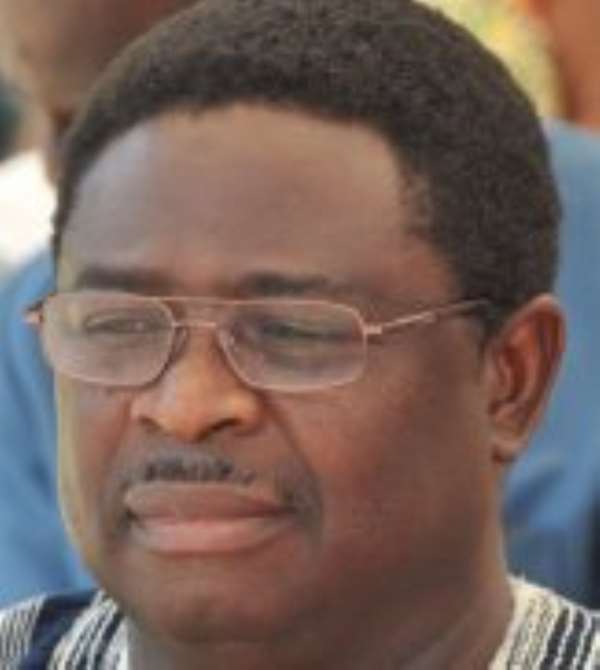 At the party’s national congress at the Essipon Stadium in Sekondi Saturday, Dr Sakara, an agronomist, polled 1,130 votes, representing 55.2 per cent of the votes cast, as against 917 or 44.8 per cent obtained by his only contestant, Mr Bright Oblitei Akwetey, an Accra-based legal practitioner and former presidential aspirant.

Sixteen votes were rejected in the election which was conducted by officials of the Electoral Commission, led by the Deputy Commissioner in charge of Operations, Mr Kwadwo Sarfo Kantanka.

The congress was held in a serene atmosphere, with a relaxed security, and the election which travelled into the night as a result of a late start,, went on smoothly without any incident.

The tone of the keenly contested election was set by Dr Sakara and Mr Akwetey when they entered the Essipon Stadium, the venue of the congress, to thunderous cheers from their supporters.

After the initial addresses to welcome the delegates, the stage was set for the actual business of the congress.

Voting started about 5 p.m. and ended before midnight.

When the chips fell, Dr Sakara was declared the winner.

In his acceptance speech, Dr Sakara, supported by his wife, Mary Lily Kafera Sakara, said the delegates had spoken and that the decision was clear.

Dr Sakara said he had accepted the responsibility to lead the CPP into the 2012 elections and he would ensure victory for the party.

Mr Akwetey, in conceding defeat, noted that the successful congress marked the revival of the CPP and urged members of the party to rally behind the flag bearer to win power.

He said he had accepted defeat wholeheartedly and that he would support the flag bearer to campaign to ensure that the CPP was brought to power.

Earlier in her speech, the Chairman and Leader of the CPP, Ms Samia Yaba Nkrumah, had said the party would win more than 10 parliamentary seats in this year’s elections.

She said the party was more cohesive, energised and focused, with all members determined to take their place in the hearts and minds of Ghanaians as members of a party of sincerity and purpose.

“With your support, we have embarked on a programme for renewing our party’s structures and systems, beginning with a centralised databank of our membership,” she announced.

“Our new strategy has already been shared with the National Executive Committee and it will be shared with you through workshops with the membership at large,” she added.

Ms Nkrumah said by the time the party entered the full campaign mode, it would have upgraded its administration, communications, fund-raising and overall strategy to become a modern dynamic party, “the party we were always meant to be, the party that will change the direction of policy in Ghana, the party of freedom”.

“Your determination to protect and defend your party is not surprising because you are descendants of a great tradition that refuses to die,” she acknowledged. “We are the seed that is germinating, the rod that came out of the stem of freedom and self-determination; we are the branch that is growing out of the roots of the Akosombo Dam, the Tema Harbour and the city, free and compulsory education, hundreds of industries, the Young Pioneers, the Workers Brigade, all-embracing national unity and every other good thing that ushered modern Ghana into being,” she added.

2020 Election Petition was about EC Chair’s declaration; not...
11 minutes ago