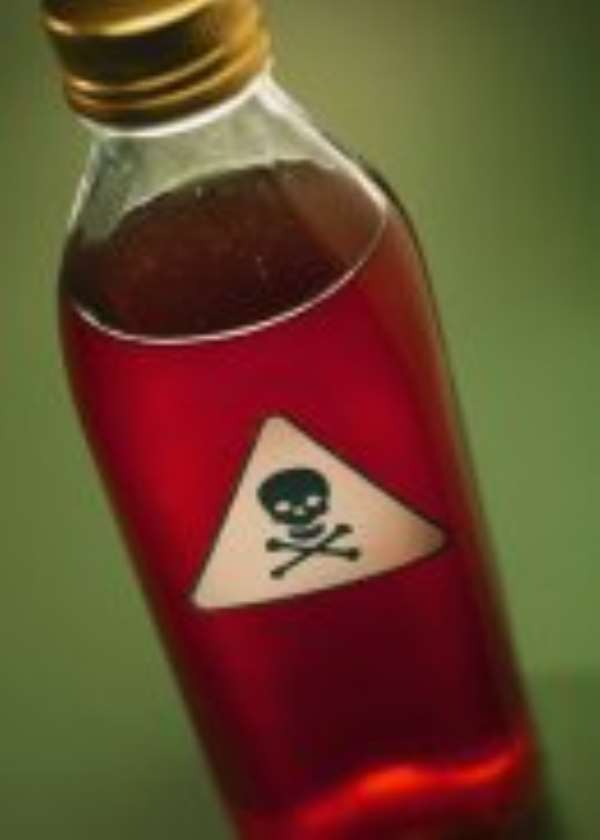 A 13-year-old junior high school (JHS) student who allegedly attempted to poison her father for frequently molesting her has been arrested by the police in Accra.

The suspect is alleged to have put some poison meant for killing rats in a bowl of konkonte her father had sent her to buy for him on May 8, 2012.

Although initial reports said the teenager had taken the decision to poison her father for reprimanding her for her alleged flirtations with men, the student (name withheld) reportedly told the police that her father, Frederick Okine, who works with the Ministry of Health, had been molesting her.

The suspect, who has since been released to her biological mother, then felt that the only way to end the molestations was to poison her father.

Mr Tettey explained that after taking in the first ball of the konkonte, Mr Okine detected a funny taste in the food and immediately called his daughter to question her.

According to the police officer, the suspect allegedly informed her father that it was her ex-stepmother who had put some chemicals in the food.

But when the father insisted that his ex-wife would not do that, the girl allegedly admitted putting the poison in the food.

Mr Tettey said Mr Okine then took the girl to the Tesano Office of DOVVSU where she was arrested.

Sources at the Tesano DOVVSU told this reporter that the complainant, after lodging the complaint, had sought to withdraw the case.

They, however, said the police would have to investigate the matter to establish the truth or otherwise of the matter.