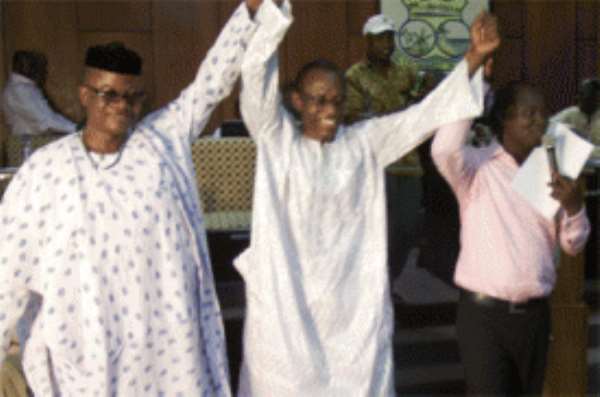 In a voting supervised by the Deputy Central Regional Director of the Electoral Commission and the Municipal Director, Messrs Serebour-Quarcoo and Richard Asensu respectively, Mr Sam polled 50 votes with only one against.

By the decision, Mr Sam, 60, replaces Reverend Veronica Essuman Nelson who resigned as the MCE in August.

In his acceptance speech, Mr Sam promised to work diligently with humility and dedication to serve the people.

He called for the support and cooperation of the members and said his vision for the municipality was to serve the people and help develop the area.

He said as someone who had worked with the National Commission for Civic Education (NCCE) as the Central Regional Deputy Director he was equipped with human resource management and communication skills for effective leadership.

Mr Sam, who has since retired from the NCCE, urged the assembly members to forget about the past and unite for the task ahead.

The Central Regional Minister, Mrs Ama Benyiwa-Doe, reminded the assembly members of their responsibility to serve the people and not to serve their selfish and parochial interests to the detriment of the development of the area.

Mrs Benyiwa-Doe asked them to give their maximum support for the new MCE and eschew anonymous letter writing and bickering which retards development.

She also asked them to take note of the problems the assembly went through in the absence of an MCE and said frequent changes in leadership did not enhance development.

The Presiding Member of the KEEA Municipal Assembly, Mr.Edumadze Acquah, commended the members for their overwhelming support and endorsement for the new MCE and expressed the hope that they would extend the same during his tenure.

We were not influenced by any party to reject your rice, we ...
44 minutes ago