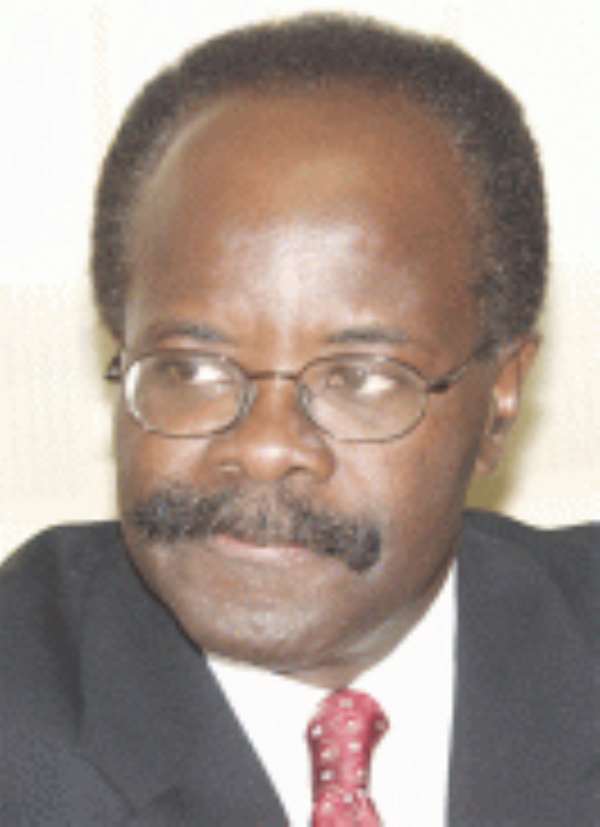 Dr Paa Kwesi Nduom A 2012 presidential aspirant for the Convention People’s Party (CPP), Dr Paa Kwesi Nduom, has challenged the Ghanaian electorate to critically assess and examine the various presidential hopefuls in order to make informed choices on whose shoulders they must entrust the governance of the nation.

“Let us critically examine all the presidential hopefuls, check on their track records in their chosen professions, the specific visible tangible results they achieved if they served or are serving in government, in their private and public lives and what they have got to show in the lives of the people they served, in their family affairs, among others,” he said.

Dr Nduom, who recently launched his bid to contest the CPP flagbearership for the 2012 polls, was interacting with a cross-section of senior media personnel in Accra on Wednesday night.

He reminded the Ghanaian electorate that all presidential hopefuls were merely applying for a national job from them and it was imperative that the electorate scrutinised those aspirants critically before endorsing any of them to steer the affairs of the nation.

In his view, he stood tall among all the presidential aspirants, given his proven track record in family affairs, private and public service to the nation and his service to the international community.

He said he had employed over 2,000 Ghanaians in his many businesses across the country and was looking forward to becoming President in order to do more.

According to Dr Nduom, God had blessed him and so he was in politics to help fight poverty and deprivation which, he pointed out, were staring us in the face and needed urgent solution and attention.

He added that being President gave one the power to do so many things for one’s people and that he was committed to developing Ghana, while reducing its over dependence on foreign aid.

He reiterated his commitment to serve the people of Ghana if given the opportunity but indicated that he was first looking forward to the opportunity of becoming the flag bearer of the CPP for the 2012 polls.

He said though the CPP’s constitution demanded a congress to elect a presidential candidate at least a year ahead of schedule, he was not unfazed by the seemingly delay but gave the assurance that whether it was held six months to the 2012 election or not, he was certain to emerge victorious.

Article 78 Subsection 3 of the reviewed constitution of the CPP states that “the flag bearer of the party must be elected 24 months before the national presidential and parliamentary elections”.

Dr Nduom pledged to work with the leadership of the CPP to win power in 2012, noting that he had started working with the elected party executives at all levels to publicly open 60 constituency offices throughout the country.

“I have pledged to support the parliamentary campaigns in 50 constituencies selected by the Central Committee of the party,” he added.

When asked how he would run his government, since the CPP had only one seat in Parliament, Dr Nduom said, “In Ghana, we run an executive form of government where one person is given the authority to form a government using the best men and women he or she can find inside and outside Parliament. We do not run a parliamentary one where a party needs a majority in the Legislature to form a government”.