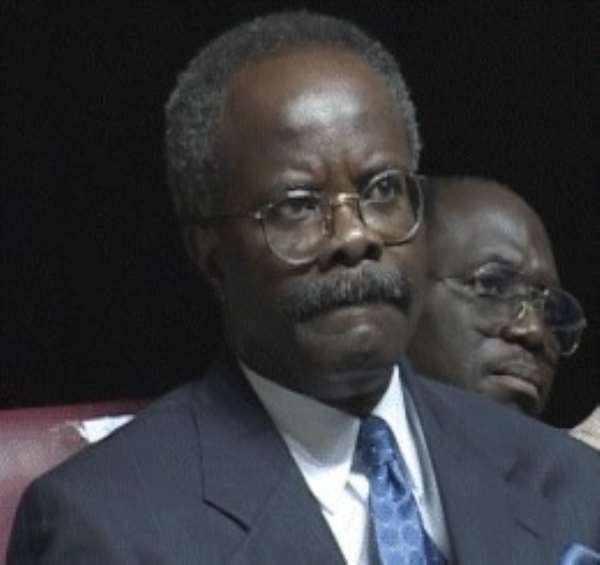 Accra, Aug. 18, GNA - The Ministry of Energy on Monday said it has secured a 15 million dollars loan from the World Bank to carry out the first phase of the Energy Sector Reform project to enable Electricity Company of Ghana to improve on its distribution network.

Dr Paa Kwesi Nduom, Minister of Energy briefing newsmen in his office, said the project would involve the replacement of obsolete antiquated equipment and overloaded networks, the improvement of commercial and customer services and the provision of a Supervisory Control and Data Acquisition (SCADA) system.

The provision of "the modern facility would "significantly improve ECG's fault response times".

He said the cost of the project would be around 120 to 150 million dollars.

Dr Nduom said following improvement in the operation of the Takoradi Thermal Plant Complex all the five generating units (500 mw) are in operation.

He said realising that the total combine capacity of the Akosombo and Takoradi Thermal station was not sufficient to meet the need of the country the Ministry had taken advantage of the inter-connection to import power from Cote d'Ivoire to supplement power generation.

"This strategy has not only provided additional power at competitive cost but has also increased the reserve margin on our generation capability and in effect we are in a better position to deal with unplanned outages that would affect any of the generating units."

Dr Nduom gave the assurance that the Volta River Authority (VRA) has the capability of containing any blackout as it was now happening in certain parts of USA and Canada. He said in the generation sector, retrofitting of the generating units at the Akosombo generating station would continue.

"This project on its completion will not only increase the installed capacity of the station by 108 MW, thus making more power available for use, it will also increase the efficiency of operation of the units, and improve its cost competitiveness. So far, four of the six units have been fully retrofitted and are back in commercial operation. It is expected that the project will be completed in 2004.

"We are also improving the transmission network to ensure that power generated is delivered reliably and of adequate quality at the various load centres.

"We have kept the in-service availability of our transmission grid at high level (over 99 per cent) so as to assure high reliability of power supply."

Dr Nduom admitted that recently there were some constraints in the western segment of the national transmission grid, which "resulted in only 450 MW being evacuated from the Takoradi Thermal Power Station out of the available capacity of 550 MW.

He said the constraint was removed following the restoration of the Prestea-Obuasi 161 kv transmission line.

Consequently about 640 MW could now be evacuated from the western segment allowing for the full dispatch of power from the Takoradi station in addition to imports from Cote d'Ivoire.

Dr Nduom said the 330 kv transmission line from Takoradi to Tema would be put into use to allow increased power transfer to the major low centres in Accra and Tema and that a loan agreement has been concluded with the Kuwaiti Fund for the project to begin early next year.

"He said while we are improving the transmission capability in Southern Ghana, we are also strengthening the power supply to Northern Ghana. We are in the process of securing financing for the Kumasi-Sunyani 161 kv transmission line to increase the reliability of the transmission system serving the Northern Regions."

He said under the energy sector reform programme ECG would have to merge with the Northern Electricity Department (NED) of VRA to be solely responsible for power distribution.

Under the same programme the VRA would have to concentrate on power generation at Akosombo and Kpong and would become a holding company to be able to undertake contracts both locally and internationally. He said there is the move to merge Takoradi and Aboadze Thermal Plants for the generation of power and that a joint commission to work out the merger would be inaugurated on August 21, 2003.

Massive rot as audit report orders YEA to freeze salaries of...
17 minutes ago

Our police officers don't work with their senses as soldiers...
26 minutes ago