Bui Dam To Be Operational 2013 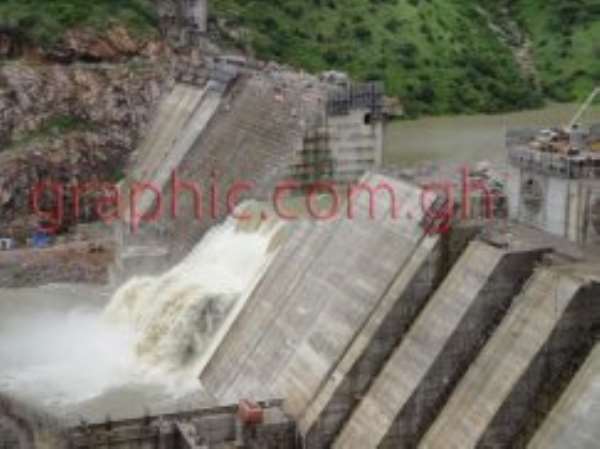 According to him, the dam, together with some initiatives already in the system, would add some 700 megawatts of electricity to the current supply, beginning with 130 megawatts within the next three months.

He attributed the difficulty in implementing programmes aimed at increasing the country’s electricity stock to the slow response from successive governments to investment in the sector.

Mr Awotwi, who made this known at the discussion on the way forward for Ghana’s energy sector at the Ghana Economic Forum, said it took about five years to implement one programme that could shore up electricity generation and supply.

He said as population increased, demand for electricity supply also shot up but successive governments had not been able to keep with the investment needed to push production up.

The forum, organised by the Business and Financial Times, assembled key industry captains, senior-level decision makers in public and private sector organisations in the country and development partners to engage in discussions centred on how Ghana could sustain the macroeconomic gains made in recent times, and also the strategy to sustain the growth.

This year’s theme was premised on the fact that development of Ghana’s economy hinged on three critical pillars: people, systems and technology.

Thematic areas covered at the forum included what to do to unlock Ghana’s human capital in education, skills development, job creation and poverty reduction; rethinking the country’s systems for improved productivity at all levels, as well as utilising technology

to drive intermediary businesses in both public and private sector organisations amongst others.

Contributing to the discussions, Dr Joe Abbey, the Executive Director of the Centre for Policy Analysis, put the challenge confronting energy sector at the doorstep of the Public Utilities Regulatory Commission.

He observed that even though the PURC knew that the VRA needed to inject capital into its operations, it had kept the lid tight on increasing electricity tariff to the detriment of sustained investment in the sector.

“We like price control even though we know that prices we pay cannot even meet the cost of production,” he added.

With agriculture also taking centre stage at the forum, many participants including Dr Abbey were of the view that the country needed to have a second look at the land tenure system to make land accessibility easy for investors.

Dr Abbey attributed the difficulty in acquiring land banks, which could be put at the disposal of investors, to the fact that successive governments had lost the confidence of landowners over the years,

“When the government goes for land and the purpose for which the land is acquired is no more relevant, it does not return the land to the owners. In some cases, compensation is not even paid. How do you expect people to release their lands if such things happen?” he asked.

The President of the Association of Ghana Industries, Nana Owusu Afari, noted that a way to deal with the problem of land for investors was to work out modalities with the National House of chiefs to deal with the issue.

But the Managing Director of the Ghana-Netherlands Chamber of Commerce and Culture, Mr Nico C.M. Staalduinen, had a contrary opinion.

He said it was time Ghana legislated to invest all lands in the hands of the government instead chiefs, explaining that for countries like Brazil and the Netherlands that moved up the economic ladder, land was readily available to the business community.

The Minister of Trade and Industry, Ms Hannah Tetteh, noted that the country’s land tenure system was not helping investment in the country.

She cited Wilmar International Ltd., the world’s biggest palm oil trader, which bought the Benso Oil Palm Plantation but could not expand its operation because of difficulties in acquiring some 4,000 acres of land which belonged to different traditional authorities and families.

She, however, gave an assurance that the government was up to the task to handle the challenges to create the needed environment for the growth of the economy.

The Executive Director of the Business and Financial Times, Mrs Edith Dankwa, in her welcome address, observed that in spite of all the good things to report about Ghana’s economy, there were a number of critical challenges that held back growth and slowed down the process of poverty alleviation and development.