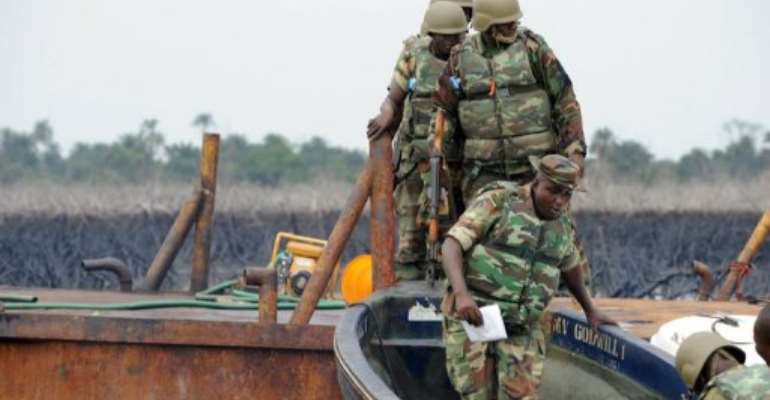 The two vessels had a capacity of 650,000 metric tonnes of oil. A military spokesman said only one of the vessels was transporting oil at the time, but he could not give a figure for how much.

"The 21 non-Nigerians were Ghanaians."

The arrests occurred on Monday in Nigeria's Rivers State and were said to have occurred after a tip-off. The vessels were destroyed afterward.

Oil theft has been a growing problem in Nigeria, and Shell chief executive Peter Voser said last month that there have been estimates that 150,000 barrels of oil and condensate is stolen in the country each day.

Nigeria, Africa's largest oil producer, has been producing between 2.0 and 2.4 million barrels per day in recent months.