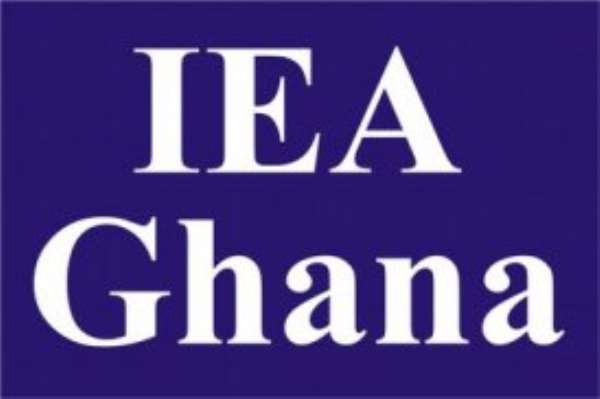 The Institute of Economic Affairs (IEA), has set out modalities to broaden the level of input by the general public into the Elections 2012 Presidential and Vice Presidential Debate.

“The IEA is therefore requesting civil society organisations, associations, public institutions, the private sector, and the general public to submit questions to the IEA Presidential Debates Committee by June 29, 2012,” the IEA stated in a document.

According to the document, the IEA has set out 13 thematic areas for the debate. – They are: National Development Planning, the Economy, Good Governance, Natural Resource Management with focus on the oil and Gas sector, Agriculture, Education, Health, and Job Creation.

The rest are Women, Children and the Youth, People with Disability, Corruption or Bureaucracy, Infrastructural Development, and the Industry and Manufacturing sector, to serve as basis for the questions.

The IEA document explained that the debate would be a form of policy dialogue engagement at which the Presidential candidates and their running mates would present their viewpoints, plans and programmes.

The platform would also provide an opportunity for the candidates to point out any existing weakness in the policies of their co-contestants and present alternatives to those policies and programmes.

According to the Institute, the debate would enable the electorate to receive first hand information on the programmes and plans of each candidate and serve as a common platform for the Presidential candidates and their running mates to answer questions on various aspects of the national development process.

The Presidential Debates Committee is expected to meet monthly, at least six times, before the debates.

The committee is an initiative of IEA and is sponsored by STAR-Ghana a multi-donor (EU, DANIDA, USAID and DFID) funded programme which addresses the need to increase civil society and parliamentary influence in Ghana to foster better governance of public goods and services and UNICEF.

BoG, IGP clash over attack on bullion vans
7 minutes ago