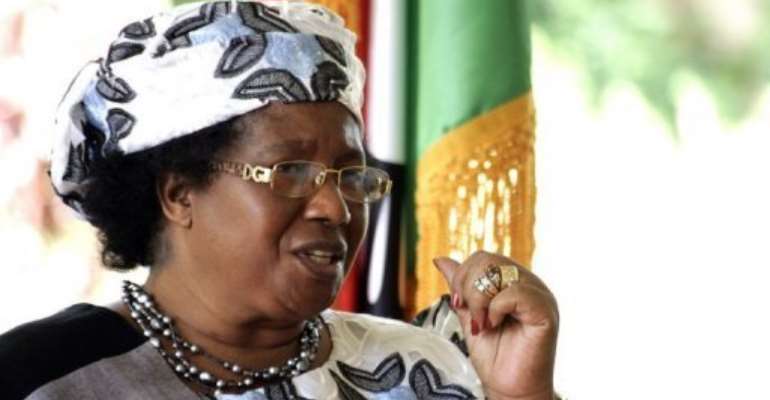 BLANTYRE (AFP) - Malawi floated its currency on Monday, with the kwacha plunging a third against the US dollar as the impoverished nation bowed to a key demand of the International Monetary Fund to fix its troubled economy.

The central bank's notice of official exchange rates put one dollar at 250 kwacha, compared to 166 kwacha on Friday, a 33.598 percent value drop.

"Following this devaluation, the kwacha is now fully liberalised," the Reserve Bank of Malawi said in a statement.

On the black market, the US dollar has sold at more than 300 kwacha, a disparity that drove foreign currency out of the banking system and into the hands of informal dealers.

"At 250 kwacha per dollar the exchange rate is well adjusted, as the black market is certainly under-devalued," the central bank said.

The late president Bingu wa Mutharika had fixed the exchange rate in 2005.

Since then he had steadfastly refused to make a major devaluation, which he argued would hurt the poor.

The IMF has for months called for a devaluation to end a shortage of foreign currency that has left Malawi unable to import enough fuel to keep the nation running.

Dollars earned at auctions of tobacco, Malawi's main export, can now be transferred to commercial banks. Previously all proceeds had to be routed through the Reserve Bank.

Foreign tourists will also be able to settle their local bills in major currencies, it added.

The bank said the devaluation of the kwacha was further expected to have the effect of reducing demand for imports of consumer goods in favour of domestically made products.

"Most importantly, it should also, together with the liberalisation of foreign exchange market, contribute to government's efforts to reach early agreement with the IMF which should lead to unlocking donor flows in the next few months," it added.

The IMF suspended its programme with Malawi last year, for a credit of nearly $80 million that should have cushioned foreign exchange shortages.

Ligoya hung closely to Mutharika's fears about devaluation hurting the poor by sending prices soaring. But Chuka said businesses had for a long time already been forced to find foreign currency on the black market.

"As a result, most commodity prices already reflect the black market rate. It is therefore expected that this devaluation should not trigger additional price increases," it said.