No Evidence Mobile Phones Cause Harm To Health 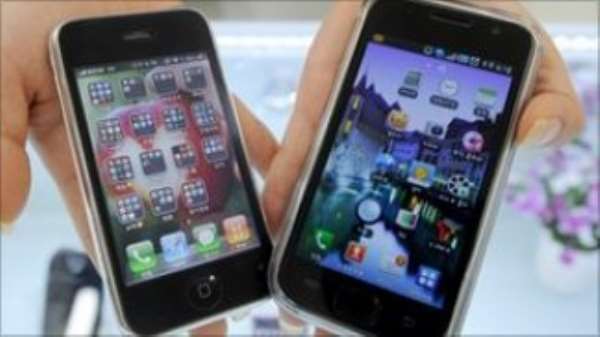 Scientists looked at hundreds of studies of mobile exposure and found no conclusive links to cancer risk, brain function or infertility.

However, they said monitoring should continue because little was known about long-term effects.

The HPA said children should still avoid excessive use of mobiles.

It is the biggest ever review of the evidence surrounding the safety of mobile phones.

There are now an estimated 80 million mobiles in the UK, and because of TV and radio broadcasting, Wi-Fi, and other technological developments, the study said exposure to low-level radio frequency fields was almost universal and continuous.

A group of experts working for the HPA looked at all significant research into the effects of low-level radio frequency.

'Relatively reassuring'
They concluded that people who were not exposed above UK guideline levels did not experience any detectable symptoms.

That included people who reported being sensitive to radio frequency.

They also said there was no evidence that exposure caused brain tumours, other types of cancer, or harm to fertility or cardiovascular health.

But they said very little was known about risks beyond 15 years, because most people did not use mobile phones until the late 1990s.

Prof Anthony Swerdlow, who chaired the review group, said it was important to continue monitoring research.

'Even though it's relatively reassuring, I also think it's important that we keep an eye on the rates of brain tumours and other cancers,' he said.

'One can't know what the long-term consequences are of something that has been around for only a short period.'

There has been speculation about the health effects of using mobile phones for years.

The HPA conducted a previous review in 2003, which also concluded that there was no evidence of harm. But there is now far more research into the subject.

Advice on children
The experts said more work was needed on the effect of radio frequency fields on brain activity, and on the possible association with behavioural problems in children.

They also called for more investigation into the effects of new technology which emits radio frequency, such as smart meters in homes and airport security scanners.

The HPA said it was not changing its advice about mobile phone use by children.

'As this is a relatively new technology, the HPA will continue to advise a precautionary approach,' said Dr John Cooper, director of the HPA's centre for radiation, chemical and environmental hazards.

'The HPA recommends that excessive use of mobile phones by children should be discouraged.'

Galamsey fight: Four Chinese nationals to be deported
14 minutes ago

Gov't must opt out of Sputnik-V vaccine procurement contract...
14 minutes ago