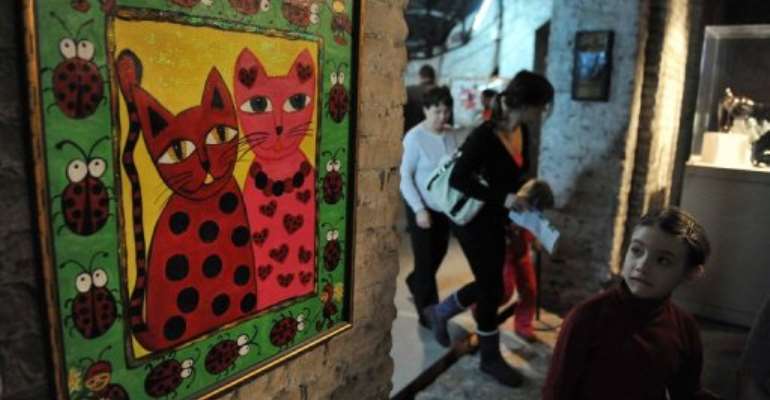 Karin Bennett, 63, heard muffled meows but searched in vain for her black cat Tabitha for an hour and 45 minutes, until she saw a furry face in the machine's glass door.

She turned off the power, struggled to open the jammed door, and finally dashed a soaked Tabitha to the vet who treated her for shock and hypothermia.

Tabitha had a little water in her lungs, but was blow-dried and returned home healthy five hours later, The Star said.

"It could happen to anybody," said Bennett. "She must have been sleeping in there."

"The vet told me she had lost seven of her nine lives," Bennett added.

Tabitha seemed to forget the ordeal quickly, going back to hiding in unlikely places.

Bennett credits her recent cost-saving measures with saving Tabitha's life. She had stopped washing in warm water a few months ago.