Anaba for PLB most Promising Player 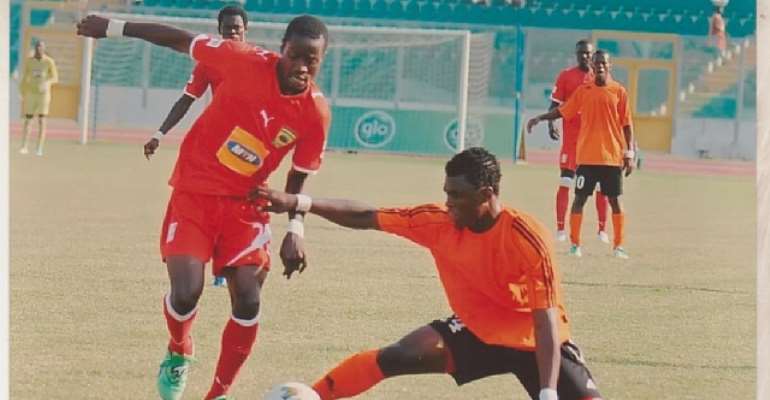 According to information gathered by www.lloydsplaza.com, Michael Anaba who has been Coach Maxwell Konadu's main secret in Kotoko's midfield set up is not only technically and tactically gifted but also have an eye for goal which gives him the urge over his compatriots.

The former Windy Professionals player who was nominated in the same category in last year's FA Cup wards according to the investigations tops the list which also has players such as Kotoko's left fullback Abdul Baba Rahman and Accra Hearts of Oak's workaholic midfielder Moro Abubakar.

The PLB Awards Night which seek to award players and all stakeholders of our local game for their excellence in the season under review is likely to come off July this year and the organizers of the event are looking for something big.