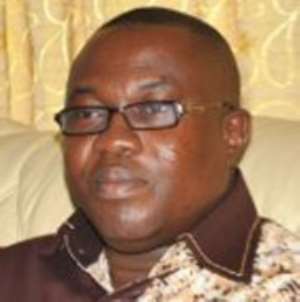 Minister of Local Government - Samuel Ofosu Ampofo The World Bank has awarded a grant of $4.2 million under its Urban Development Grant (UDG) to the Kumasi Metropolitan Assembly (KMA) to undertake development projects following the declaration of Kumasi as the best managed metropolis in the country.

The KMA was the only metropolitan assembly that met the entire criteria set by the World Bank and the Ministry of Local Government and Rural Development for the grant.

Among the criteria was effective internal revenue generation, waste management, performance of key staff of the assembly, and the application of procurement laws.

Mr Samuel Ofosu-Ampofo, the Minister of Local Government and Rural Development, who made this known at the opening of a two-day workshop on the urban poverty reduction project of the Social Investment Fund (SIF), in Kumasi today also revealed that the KMA had besides the UDG, consistently met the criteria for financial support under the District Development Fund (DDF) and had consequently been benefitting from it.

Organized by the SIF, the workshop was attended by political administrative decision makers including metropolitan and municipal chief executives, presiding members and planning officers among others from the 14 assemblies that were benefiting from the SIF.

While commended Mr Samuel Sarpong, the Mayor of Kumasi and the entire assembly for doing “a very good job” Mr Ofosu-Ampofo was not happy about the delivery of the other metropolitan assemblies said “one of them even scored zero in the assessment. “

He expressed regret that 'while money is sitting down for you (assemblies) to grab, you continue to sit down and fold your alms by refusing to do what is expected of you.'

The minister took on the Accra Metropolitan Assembly for sitting down for filth to engulf parts of the city and called for proactive measures to reverse the situation.

It was against this backdrop that the government of Ghana secured an Africa Development Fund facility of $37. 5 million and added a local component of $1.6 million for the five-year urban poverty reduction project, which ends in June 2012.

He was happy about the successes chalked by the project and expressed the hope that the project would be extended.

Among the successes were the disbursement of GH¢1.6 million in loans to 3,000 small-scale enterprises, provision of 241 projects in the health, education, water and sanitation sectors in 14 MMDAs, and capacity training for staff of MMDAs among others.

In spite of the achievements, the minister was convinced that there was still more to do to reach the expected heights.

Consequently, he charged the participating assemblies to among others find ways of implementing effective and efficient ways of implementing the Public-Private Partnership since the government alone could not continuously bear the responsibility of the needed socio-economic infrastructure.

The minister mentioned the rate at which some of the municipal assemblies were growing and indicated that Techiman in the Brong Ahafo Region for instance was knocking at the door of a metropolis.

The Ashanti Regional Minister, Dr Kwaku Agyemang-Mensah, stressed the need for action to tackle violence and insecurity in urban areas, which had become a major threat to quality life in major cities and towns.

He described poverty as the worst enemy of society and any attempt to reduce it was in the right direction.

Prof. J.M. Quartey-Papafio, the board chairman of SIF, stressed the negative consequences of urban poverty and said the assemblies had a crucial role to play in eradicating it.