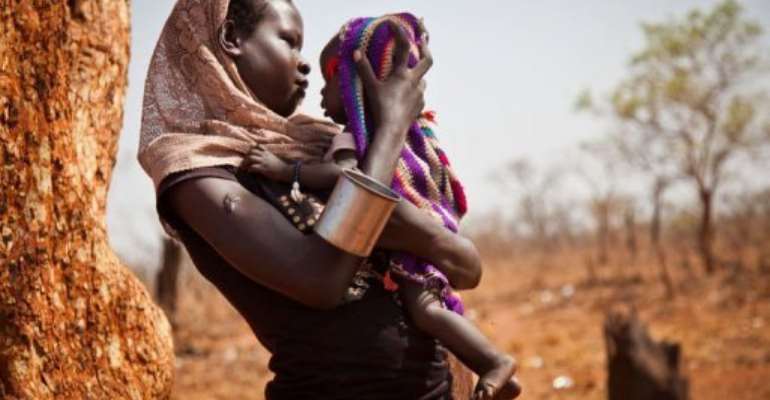 The emergency was declared in border districts of South Kordofan state, White Nile and Sennar states. By Adriane Ohanesian (AFP/File)

KHARTOUM (AFP) - Sudan declared a state of emergency along its border with South Sudan on Sunday, in a move that imposes a trade embargo on the South and suspends the constitution, official news agency SUNA said.

President Omar al-Bashir issued a resolution declaring the emergency in the border states of South Kordofan, White Nile and Sennar, it said.

The measure follows a month of border fighting with South Sudan, which separated last July after a peace deal ended one of Africa's longest civil wars.

An emergency has already been in effect for almost a decade in Darfur, along the western border with South Sudan, while a similar status took effect in Blue Nile state last September when an ethnic insurgency began.

Trade across the frontier has unofficially been banned since South Sudan's independence but the emergency formalises that prohibition.

Bashir's resolution "gives the right to the president and anyone with his mandate" to establish special courts, in consultation with the chief justice, SUNA said.

The courts will handle criminal and "terrorist" cases, it added.

The measures come amid heightened nationalist feelings in Sudan after South Sudan occupied the north's main Heglig oil field for 10 days, a move which coincided with Sudanese air strikes against the South.

It was the most serious fighting since the South's independence, and raised fears of a wider war.

Sudan declared on April 20 that its troops had forced the Southern soldiers out of Heglig, but the South said it withdrew of its own accord.

He is wanted by the International Criminal Court for alleged crimes against humanity, war crimes and genocide in the Darfur region.