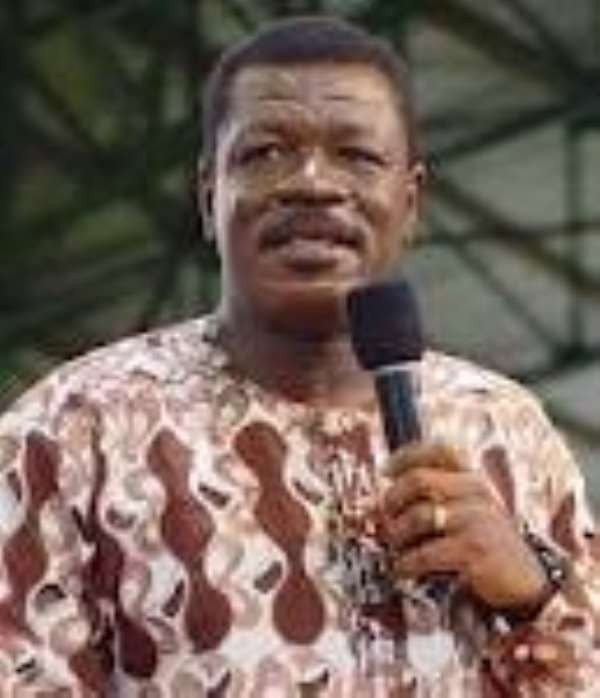 By Phyllis D. Osabutey
Dr. Mensa Otabil
Justice Emile Short
The General Overseer of the International Central Gospel Church (ICGC), Rev. Dr. Mensah Otabil, and the former Commissioner of the Commission on Human Rights and Administrative Justice (CHRAJ), Justice Emile Short, and a host of other prominent Ghanaians have been selected to oversee the conduct of the Institute of Economic Affairs' (IEA) Presidential Debate, ahead of the 2012 general elections.

Rev. Dr. Otabil, who is the Chairman of the Committee, and other members of the Committee, including Professor Ivan Addae Mensah, Chairman, Petroleum Commission, Professor Stephen Adei, Professor of Economics, Pentecost University, Ambassador Kabral Blay Amihere, Chairman of the National Media Commission, and Ameer Dr. Maulvi Wahab Adam, Head of the Ahmadiyya Muslim Mission in Ghana, would have the mandate to grill the presidential candidates of the four political parties with representation in Parliament.

The committee further has the mandate to review questions that would be collated from different organisations, select and approve questions for the debates, shortlist moderators for selection and approval by the campaign teams of the political parties, and review and approve the format and guidelines for the presidential debates.

In a short statement, the Chairman of the Committee said, 'The members of this committee will pledge to be very equitable in our approach, and elevate our hearts and minds beyond parochial, narrow, and sectional interests. Our main commitment is to offer Ghanaians a broad view of the alternatives that will be made available to them.'

Also, in a welcome address, a Visiting Fellow of the Institute, Brigadier General Francis Agyamfra (rtd), said as part of the IEA's quest to promote a peaceful and violence-free election, as well as to achieve an issue-based campaign, 'The Institute has gone a step further, and this year, it is organising three presidential debates for the presidential candidates of the four political parties with representation in Parliament – three debates, instead of two.'

According to him, the three debates would be held in Accra, Takoradi and Tamale, before the general elections in December 2012, and as part of the preparations towards the Presidential Debates, 'the Committee has been set up to work closely with the Institute to ensure a successful implementation of the 2012 Presidential Debates.'

He said this was an indication that the 2012 general elections, which promises to be keenly contested, are going to be a real test of the good health and maturity of Ghana's democracy, adding that 'Presidential Debates have a long reach in history as part of the democratic practice around the globe.'

He noted that despite the jolts in Ghana's democratic practice, the country has since 1993, become one of rare models of democracy, with a future for stability and development, stressing, 'A solid foundation has, therefore, been laid, and the promotion and consolidation of democratic governance are, therefore, increasingly recognised by Ghanaians as the most efficient means of ensuring peace, security, and development in this country.'

He further stated that since multi-party democracy was restored in the country in 1993, Ghana had successfully passed the test of holding five elections that have been adjudged free, fair, transparent, credible and peaceful, in addition to four smooth political transfers.

He observed that the Institute's presidential debates since 2000 had become part of Ghana's political legend, and played an important role in the presidential elections, such that it enabled the election campaigns to move away from one of personality attacks, acrimony, insults and attacks, to an issue-based discourse.

He added that the debates also provide a platform for voters to be informed, and to critically assess the suitability of the various presidential aspirants.