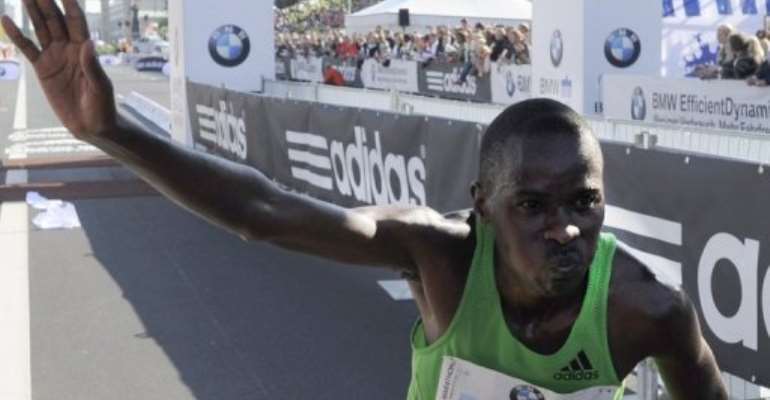 In a surprise move, the Kenyan team selectors said they were forced to name the team earlier than expected to end all the speculation regarding which of the athletes in the shortlisted Olympic squad announced in January could make the team.

Announcing the squad, Athletics Kenya chairman Isaiah Kiplagat said Makau, who dropped out at halfway of the London marathon last Sunday and the two Mutais would only be considered as reserves if any of the selected athletes drop out due to injury before the June 23 deadline.

The men's squad includes this year's London marathon winner Wilson Kipsang, who is also the second fastest runner in world and two-time world champion Abel Kirui, who finished sixth in the London marathon on Sunday.

The surprise inclusion in the team is Moses Mosop, who finished third at the Rotterdam marathon on April 15.

But there were no surprises in the women's squad headed by two-time London marathon winner Mary Keitany, alongside Edna Kiplagat and Priscah Jeptoo, who finished in that order during the women's race in the British capital last Sunday.