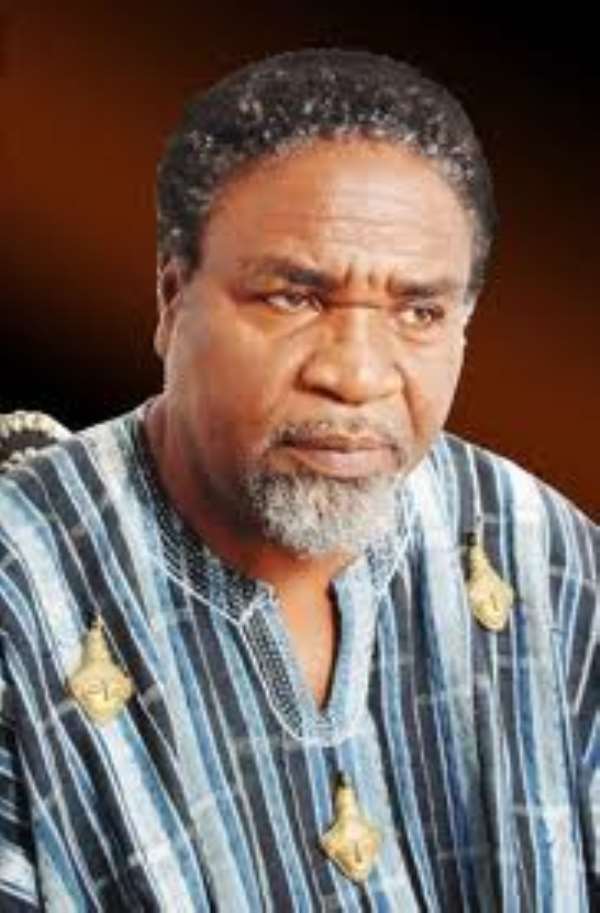 By: Samuel Agbewode, Sokode-Lokoe
Prof. Kofi Anyidoho
The Chairman of the Council of the University of Allied Health and Sciences, Prof. Kofi Anyidoho, says his outfit is dissatisfied with the temporary structures put in place to start the university.

According to him, the members of the Council were disturbed over the poor nature of the structures, and that inferior materials were used to put them up, and mentioned specifically, the administration block.  'We cannot risk using that building as an administration block of the university,' he said.

He, therefore, called on the government to provide funds for the necessary corrections on the structures to be done. He also called for the construction of additional buildings for the university to gain acceptable standards for its smooth take off.

Anyidoho also noted that funding had become a major headache for the new university, and gave the government a month's ultimatum to put all logistics in place for the university to start.

The Council Chairman, who was addressing a public forum on the state of the university at Sokode-Lokoe in the Ho Municipality yesterday, pointed out that even though plans were far advanced for the first students to be admitted, efforts must be made to improve on the quality of buildings that were earmarked to start the university.

Prof. Anyidoho stressed that within the past 10 weeks that the Council members had involved themselves regarding the project, the situation found on the ground  was worrying, and that the quality of work done on the temporary structures was poor.

Besides this, the existing facilities to start the university with were inadequate, and called for the necessary measures to be put in place to correct the situation.

He said a recent visit by the Council members to inspect the facilities for the project had seen some improvement, but a lot more needed to be done to ensure that the structures meet the standard that would facilitate early accreditation.

Prof. Anyidoho said the issue of establishing the state university in the Volta Eegion was well designed on paper, but was quick to add that the establishment of a university mostly depended on qualified human resources for the various departments.

'The establishment of a university is not like a mushroom that would spring up like a royal umbrella for all to see, but once the vital components of putting together highly qualified personnel with the necessary legal aspect is done, we are ready to take off,' he stressed.

Prof. Anyidoho explained that the university, when started, would have facilities all over the districts, with the various hospitals and health centers serving as practical demonstration centers.

The Vice Chancellor of the University of Allied Health Sciences, Prof. Fred Binkah, said Act 828 establishing the university had made it autonomous to offer courses relevant to the needs and development of the people, with research as key in the study activities of students, adding that admission would center on qualified Senior High School leavers and degree holders for a start.

Prof. Binkah disclosed that 200 fresh students would be admitted in September this, and that they were in the process of finalising the academic programmes.

He stressed that it would be very necessary for some structures to be put up at the permanent site where the President cut the sod, noting that if that was not done immediately after the first admissions to create room for the second admissions, it would create a major problem for the university in the future.

'In fact, within the period of 10 years, if we do not see adequate structures at the permanent site, we should forget about a university, but I am sure that would be done,' he said.

The Volta Regional Minister, Mr. Henry Ford Kamel, commended the Council members for what he described as quality work done so far, which called for appreciation rather than condemnation.

The participants, mainly chiefs, members of parliament, district and municipal chief executives (MDCES), civil society, heads of institutions, and students, called on the government to seriously address the issues of compensation to individual land owners, after they had expressed satisfaction with the various presentations on the project.