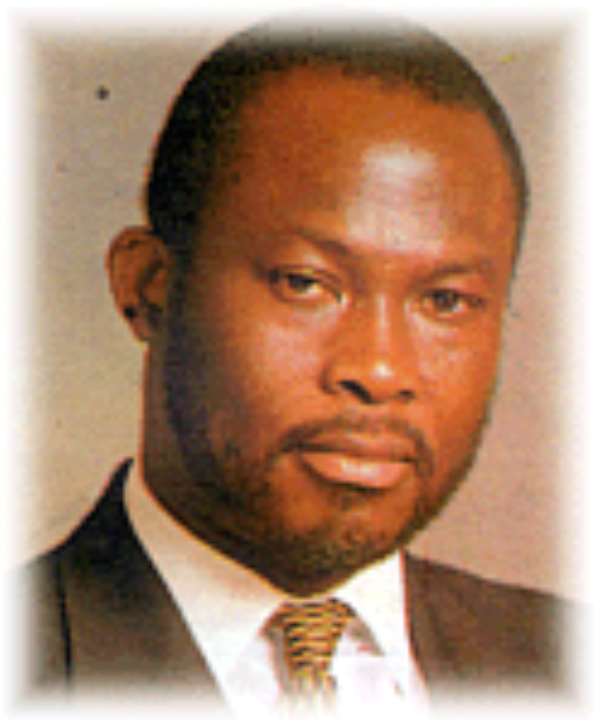 Chronicle Investigations can reveal that the glib-tongued ex-Education Minister, Mr. Spio Garbrah, has landed a top job as the Chief Executive of the Commonwealth Telecommunications Organization (CTO), by outclassing about 100 contenders around the world to grab the £70,000 job.

This revelation ends months of wrong speculation that Spio was heading for the Commonwealth Secretariat as Director of Communications. His position is said to be equivalent to a Secretary General or Director General of other international organizations.

Insiders say, the CTO is a lesser-known but strategically important organization based in London and devoted to global ICT development.

The Ex-Minister according to documents cited by The Chronicle and sources at the CTO Council is the first black and African from a developing country to occupy this prestigious office in the Telecommunication world in the 100 years history of CTO.

He beat top contenders including the incumbent Chief Executive, Dr. David Souter, who is said to be holding PhDs from world-class universities like Oxford and Cambridge. In all, 45 British, 10 Indians, five Canadians, seven Ugandans, six Botswanans, five South Africans, five Nigerians and nationals of other countries applied for the position.

Chronicle also established that the CTO has no legal or organizational connections to the Commonwealth Secretariat but works closely with international and regional institutions including the International Telecommunication Union. Currently the CTO delivers 250 bilateral technical co-operation projects as a well as £250 million worth of multilateral, research and information programmes.

Contrary to claims that Spio needed the NPP government’s endorsement before he could be appointed, Chronicle confirmed from our deep-throat sources that his appointment did not need any government endorsement but that it required the endorsement of all the 50 odd member countries of the CTO of which Ghana is one.

Sources at Ghana’s High Commission in London told Chronicle that in the unlikely event that the NPP government had chosen not to endorse the appointment of Spio Garbrah, he could still have gotten the job if other CTO countries endorsed him or raised no objections to his appointment.

They, however, said that some credit must go to the NPP government regarding Spio’s appointment because even though the government did not have to endorse him, they confirmed his appointment after successfully gaining the highest marks from the records of the job hunters.

Other African High Commission sources in London also noted that it would have been seen as a blunder in diplomatic circles if the Ghaianan government had not endorsed him. “This is because the Ghanaian contender got his appointment entirely on his own merit and not by a political sponsorship. In fact the CTO constitution forbids lobbying for such a position.” It said.

A another Nigerian diplomat in London said in an e-mail encounter that, “If after coming tops in such a transparent process, your own government cannot support you, it says more about your government than you the candidate. The Ghana administration could not have contemplated such an embarrassment. They took the right decision. We also had applicants from my country but your countryman overshadowed the others. So the Nigerian has accepted the results. I know your High Commissioner here; he is a sensible man.”

According to a senior official at Veredus Executive Resourcing, the firm contracted by CTO to do the job hunt, the position was advertised internationally as required by the CTO Constitution and Spio applied and was short-listed amongst about 100 applicants adding that the short-listed applicants were subjected to a grueling three-hour testing and examinations and another one-hour interview.

Staff at the Commonwealth Secretariat (CS) where Spio was misreported as going to work as the Communication Director said they had no idea of his appointment at the CS and that no such vacancy existed at there to the best of their knowledge.

SPIO’s SILENCE Mr. Spio Garbrah seems to have taken a vow of silence since the beginning of this year. He has said nothing for the NDC or for Atta Mills’ campaign, drawing criticism from some NDC functionaries that he seems not to be one of the guys who get going when the going gets tough.

NDC officials at the party headquarters told The Chronicle that they did not know about this job and don’t even know Spio Garbrah’s whereabouts having moved recently from his Labone office.

Some close friends of the ex-minister’s said Spio has been spending a lot of time at Action Church, where he is said to be helping his friend, Bishop Duncan Williams.

He is described as one of the influential men in the running of the church, especially in the absence of Duncan Williams. The sources further said the ex-minister chairs almost every committee and the board of the church and he oversees the building project and the management of the church.

The Chronicle has also learnt that Mr. Spio Garbrah is busily running his father’s business.

When speculations began that Spio’s appointment needed government endorsement, Chronicle learnt that there were divisions in the ranks of the party as to how the government should handle his endorsement especially for a man who severely criticized President Kufuor when he was a presidential candidate.

A retired diplomat of Ghana’s Ministry of Foreign Affairs with long years of experience in the UN system, who commented on the appointment, explained the differences between various appointments in order to determine whether Spio’s appointment could fit in the all-inclusive government pronounced by President Kufuor.

Comparing the appointment of Dr. Ibn Chambas with that of Mr. Garbrah, the source said their appointments cannot be considered as an “all-inclusive” one since Dr. Chambas’ appointment is not with the government of Ghana but required the support of other states.

“Is President Kufuor appointing Spio to any position anywhere even outside Ghana? No” he answered his own question adding that unlike positions such as Executive Secretary of ECOWAS or OAU Secretary General which can be competed for by several candidates and can involve several rounds of voting and horse trading over champagne and cognac to produce consensus, Spio’s appointment was very different.

The Chronicle obtained a print of the Constitution of the CTO from their website which spelt out the rules and procedure for applying for the position.

According to Article 14.2 of CTO’s Constitution, “The Post of CEO shall be advertised in recognized and appropriate international publications. The advertisement shall be copied to all member countries and posted on the CTO website. The recruitment agency shall draw up a long list of candidates from which the Executive Committee shall produce a short list of candidates, based on merit, skill and experience to the requirement of the post”

The Constitution further states that “Any Candidate who directly or via a third party seeks to influence or lobby members of the Executive Committee or representatives to the Council shall be excluded from appointment”. The clause puts to rest the issue of the government involvement in the appointment of Spio.

The Minister for Communication and Technology, Mr. Kan Dapaah when reached on the phone confirmed that Mr. Spio Garbrah was on his marks for the top job. He stated that Ghana, like the other member countries, also confirmed the appointment of Mr. Ekwow Spio Garbrah.

CTO sources explained that the organization’s emphasis on merit for the position is in line with growing practice in certain international appointment.

THE ACHIMOTA CONNECTION In another development, some NPP insiders still believe that Spio must have benefited from his unusual luck of having two of his best friends and classmates from Achimota in two strategic positions in the Kufuor Administration.

This was also confirmed by some of the classmates interviewed by The Chronicle. They identified the two schoolmates of Spio as the Secretary to the President, Mr. D.K. Osei, and Ghana’s High Commissioner to UK, His Excellency Isaac Osei.