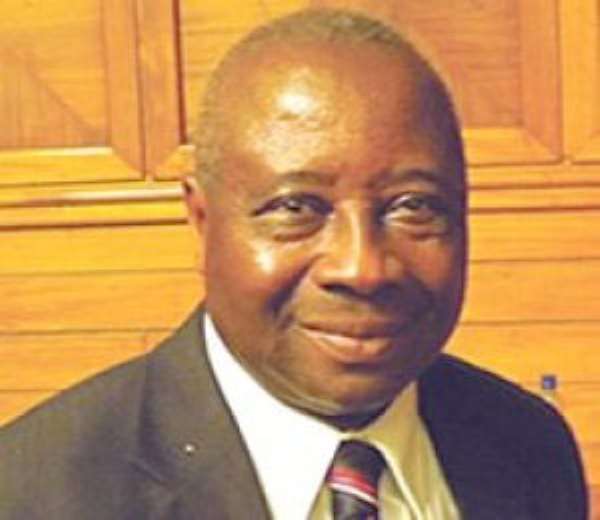 The Executive Director of Centre for Policy Analysis (CEPA) and the President of the Association of Ghana Industries (AGI) say the rising political tension can undermine investor confidence in the local economy.

While the CEPA boss, Dr Joe Abbey, attributed the fall of the cedi to the high demand for the dollar due to fears of political uncertainty regarding the December polls, Nana Owusu-Afari said no businessman would invest in areas where there was persistent conflict.

They, therefore, appealed to politicians, political parties and their agents to defuse the political tension which was gradually creeping into the political discourse for the sake of the national economy.

Joining the fray of institutions and individuals concerned about developments in the local economy, the Trade Union Congress (TUC) also expressed worry and attributed the rapid decline in the value of the cedi to those developments.

The cedi has in the last four months lost more than 10 per cent in value against the US dollar on the back of a high corporate demand for the dollar and the withdrawal of some foreign investors from the secondary markets.

This is in spite of the Bank of Ghana's efforts to bolster the currency with a hike in the policy rate to 14.5 per cent in addition to other measures to free up foreign reserves held by local banks.

The CEPA boss said :'The investors in our market are speculating about future events in Ghana and those speculations are fuelled by the tensions we are currently witnessing'.

According to the renowned economist, though all the appropriate monetary and fiscal policies are in place for a stable currency, 'inflammatory statements from politicians have tended to poison the atmosphere, thereby sending wrong signals to investors who have invested heavily in the country's markets.'

He warned that 'the weakness of the currency posed an inflationary threat and endangered the stability of the economy'.

The Bank of Ghana has since the beginning of the year circulated more than US$800 million dollars in order to stem the fall of the local currency, but the cedi is yet to stabilise.

Nana Owusu-Afari said the emerging violence in the biometric registration exercise could discourage investors from putting their monies in the Ghana's economy.

'As a businessman, I know no investor will invest in areas of persistent conflict. The result will be lack of development in those areas, which in turn will perpetrate poverty, which will lead to further conflicts-a vicious circle Ghana can ill-afford,' he said.

Speaking at the induction and graduation ceremony of the Organisation of African Trade Union Unity (OATUU) students, Nana urged the media and others on the political platforms to use language skills effectively.

Good communication skills, he noted, was key to ensuring peace and avoiding national and international disputes and conflicts.

'The resort to the politics of insult should be minimised. We in this country should be reminded of Budumburam and other refugee camps that harbour citizens from neighbouring countries. It is those countries today and, God forbid, it should not be Ghana tomorrow,' he said.

He observed that there were matters that could be resolved by parties through the process of mediation.

Meanwhile, a statement signed by the Secretary General of TUC, Mr Kofi Asamoah said the workers movement was worried about the rapid decline in the value of the Ghana cedi against its major trading currencies.

The TUC said depleting the national reserves to shore up the value of the cedi amounted to treating the symptoms of the problem rather dealing with its root cause.

The statement attributed the free fall in the value of the cedi to what it described as failed economic policies championed by governments over the last three decades under the influence of the World Bank and the International Monetary Fund (IMF).

It said the structure of Ghana's economy made the nation over-reliant on imports while bringing down the value of exports.

These policies, according to the TUC, had been compounded by the over-liberalisation of the country's external payment system allowing for the transfer of foreign currency out of the country.

It said the legal limits of people and companies transferring millions of dollars through the country's porous borders had rarely been enforced.

'The regime of allowing foreign currencies to be traded like any other commodity is part of the problem,' it said.

The TUC believes that halting the free fall of the cedi would require a fundamental shift in policy and attitudes, particularly among the monetary authorities.

It called on the government and its agencies to review Ghana's trade policies to ensure that in the medium to long term, Ghana put in place measures to wean itself from excessive imports.

'We expect them to address the many constraints that hinder domestic production and value addition and which perennially necessitate over-dependence on imports,' it said.

The statement said the current state of the cedi was worsening the living conditions of Ghanaian workers since it had pushed up the prices of goods and services. It had also forced a number of businesses that dealt in the dollar out of business.

'The TUC also urges the BoG to curb speculation on the forex market by imposing a Financial Transaction Tax (FTT) on foreign exchange transactions. The FTT would not only help stem the speculative attacks on the cedi but importantly generate revenue for national development' the statement said.

The TUC concludes with a call on the government to break the tradition of excessive spending in this election year.

'The tradition does not inure to the benefit of the people of Ghana. Also, a discerning voting public is increasingly becoming averse to such fiscal recklessness' it said.

Since the beginning of the year 2012, the national currency has depreciated by 8.3 percent against the dollar compared to the two percent depreciation it saw the same period in 2011.

The Bank of Ghana (BoG) has explained that the situation was transitory as a result of the increasing demand by businesses for the dollar to pay for goods and services procured in December for Christmas.