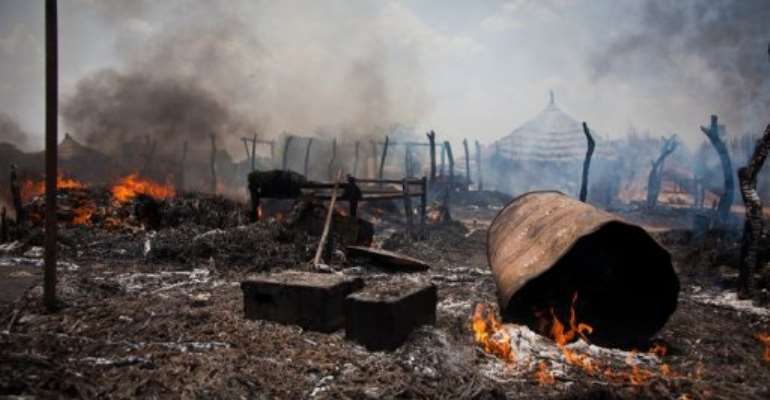 "This is a serious escalation, and a violation of the territory of South Sudan... I think it is a clear provocation," Mac Paul, the South's deputy director of military intelligence said.

"The bridge and the market were bombed... We are sending teams to investigate how many people died in the attacks."

Bombs targeting a key bridge in the town landed some 50 metres away from an AFP reporter. In the market, stalls were on fire and large plumes of grey smoke rose high into the air, as screaming civilians ran in panic.

One charred body of a small boy was seen by an AFP reporter, while market traders said that three civilians had been killed, although those figures could not be immediately verified.

The attack, the latest of several on the town and in South Sudan's border state, comes as the South's army completes a pullout of the contested Heglig oil field seized from Sudan's army on April 10.

South Sudanese officials said the withdrawal from Heglig had been ordered to avert a return to all-out war, but on Sunday accused Khartoum of air strikes against the departing troops.