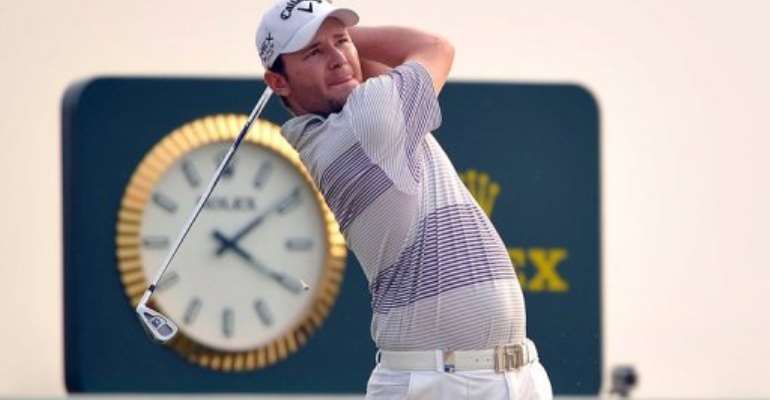 BEIJING (AFP) - South African Branden Grace secured the biggest win of his career Sunday when he triumphed by three shots in the $3 million Volvo China Open.

The 23-year-old made the most of benign weather to maintain his overnight lead and pick up his third victory of the year in his debut season on the European Tour.

"To have won three now, before May, is unbelievable," Grace said after his victory. "Now I want to win every weekend," he added in comments released by the organisers.

Grace's only blemish of the day at the Tianjin Binhai Lake course was a bogey on the par-four fourth, but he recovered and kept his nerve for the remainder of the round.

"I stayed really calm even after the bogey," he said. "I think the experience of earlier this year really helped me a lot."

Grace burst onto the scene in January when he won back-to-back victories in his home country, taking the Joburg Open and the Volvo Golf Champions tournament.

He said he now wants to turn his attention to the Majors with only one appearance to his name so far -- a tie for 43rd place in the 2009 Open Championship.

"I have played one of the majors before, but a few more are the aim," he said. "I will also head to the States to try get a bit more experience there."

England's Richard Finch, who closed with a 66, finished a shot back from Colsaerts, one ahead of Frenchman Victor Dubuisson and George Coetzee of South Africa who shared fourth.